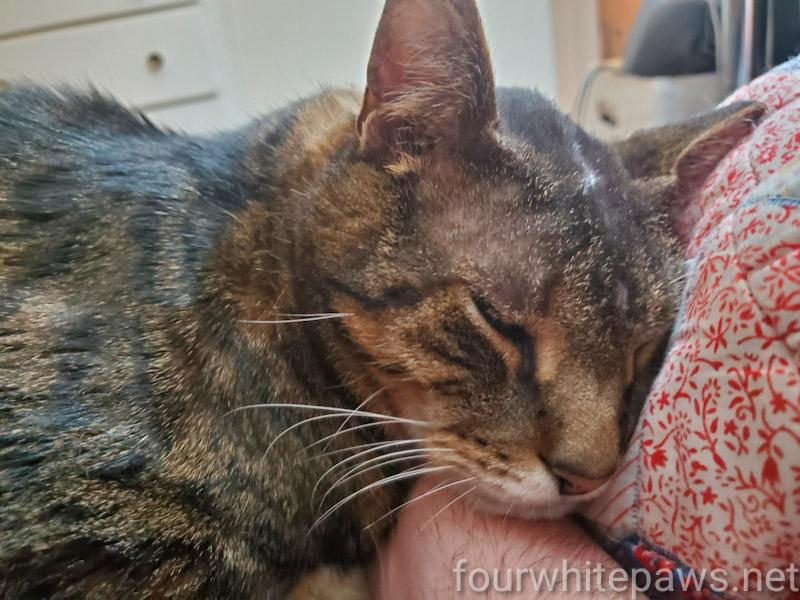 Theo had his second brain surgery, where another tumor was removed. This tumor was smaller.
He's recovering well. And I'm super grateful to have extra-extra-time with him. Amazing gift!
❤️
Posted by The Cat Guy at 9:05 PM 2 comments:

We learned this afternoon that Theo's brain tumor has returned. It was almost exactly two years ago that he had a large meningioma removed. This tumor is smaller and in same place.
It has affected his left side, not allowing his legs or face to function properly.
We have elected for another round of brain surgery, to have the tumor removed. His heart disease is a little more advanced than it was back then, so that adds a complicating factor.
We are not sure the date of surgery yet, either tomorrow (26th) or next Tuesday. Hoping for tomorrow. 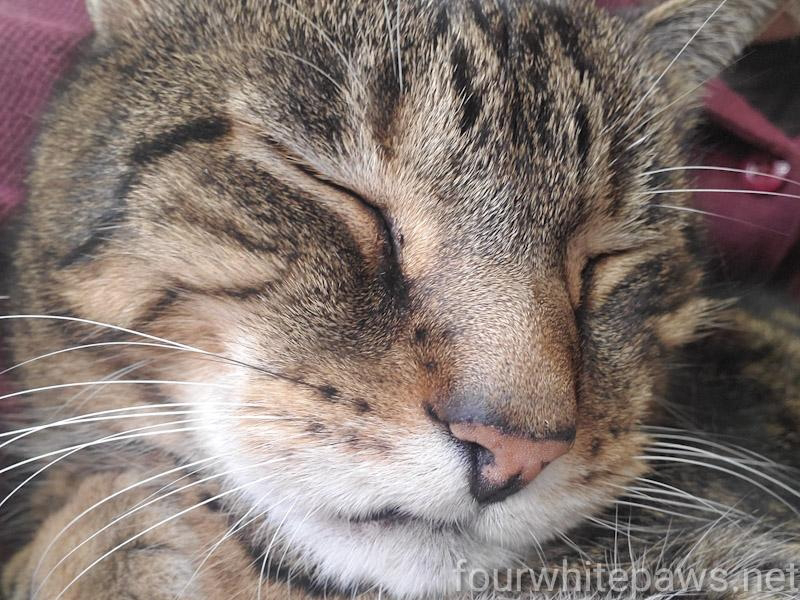 Neurologist said Theo is such a love of a cat, she can completely understand why we would make the choice to try to have more time with him. He is pure joy.
Purrs for Theo. ❤️
Posted by The Cat Guy at 4:52 PM 2 comments: 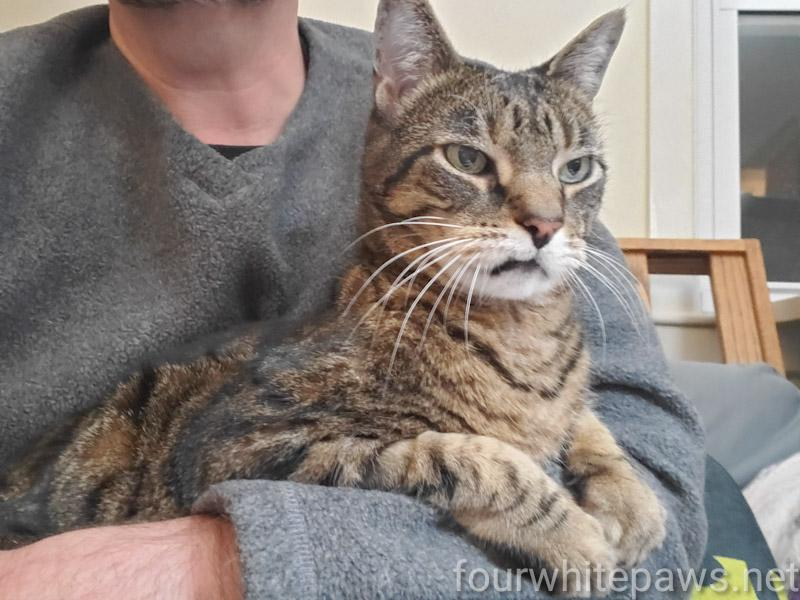 Hello friends.
Life has been good here, although this morning Theo was acting odd. His left side doesn't seem to be functioning well, we fear stroke. He'll spend day at vet.
Prayers and purrs appreciated.
Posted by The Cat Guy at 8:38 AM 2 comments:

There are so many things about cats that I find amazing. Every so often something they do really strikes me as delightful.
This morning, it's waking to this... 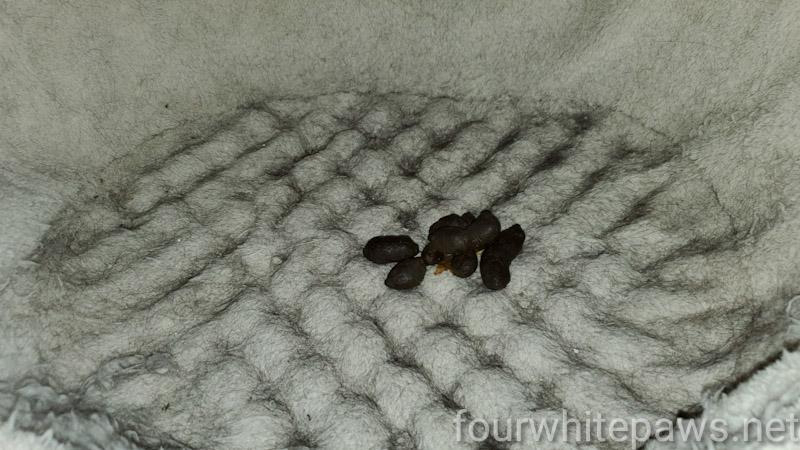 A neat little pile of poop in the center of Pierre's cat bed.
Everything about this is intentional. It's not hidden somewhere, or just a little hang on piece that dropped somewhere. This is a full on poop in a prominent spot.
I'm sure the cats know who the message is from. With my nose, all the kitty poops smell the same. I can rule out Oliver, not because he's above such forms of communication, but because his poops are much bigger.
With the poop being in Pierre's bed, he's the only one who really frequents that bed, I, wondered if a cat was leaving him a message. And then I wonder, maybe Pierre is leaving me a message, him placing it in his bed as a signature of sorts.
As soon as I saw the message I knew what it meant. I was too tired and lazy yesterday to empty the litter boxes and they haven't been cleaned in a while. I'm thinking Pierre, who grew up pooping in the great outdoors, doesn't like a dirty bathroom.
OK, Pierre! The litter boxes are now all empty and clean! But your bed is now out of service waiting to be washed.
- - -
Tuna and Tuffy from work also communicate well. 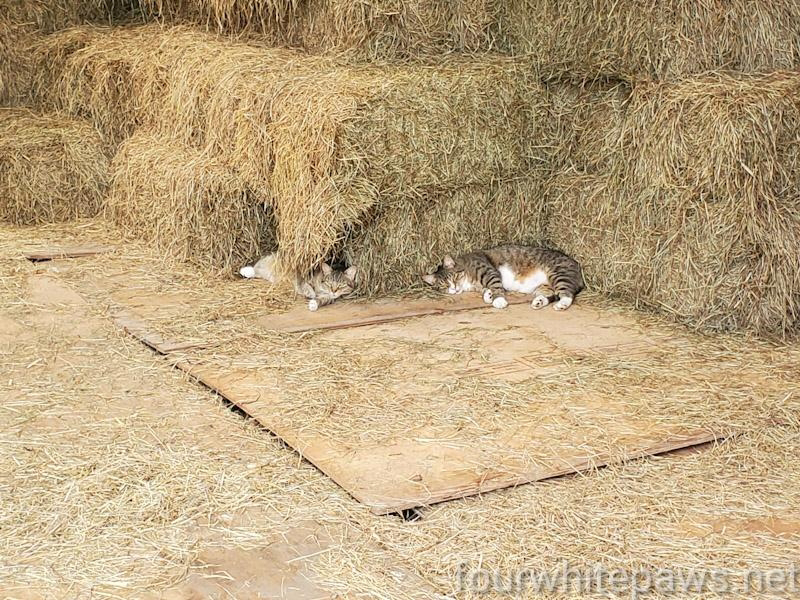 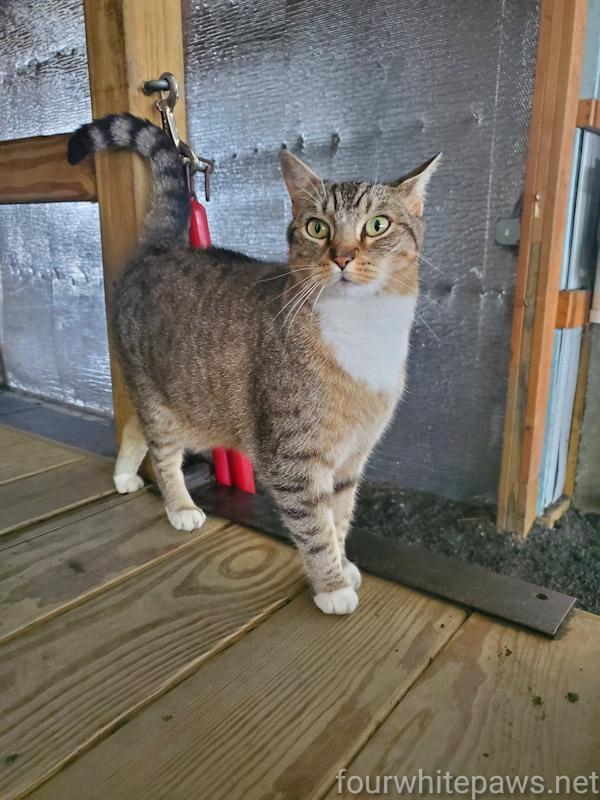 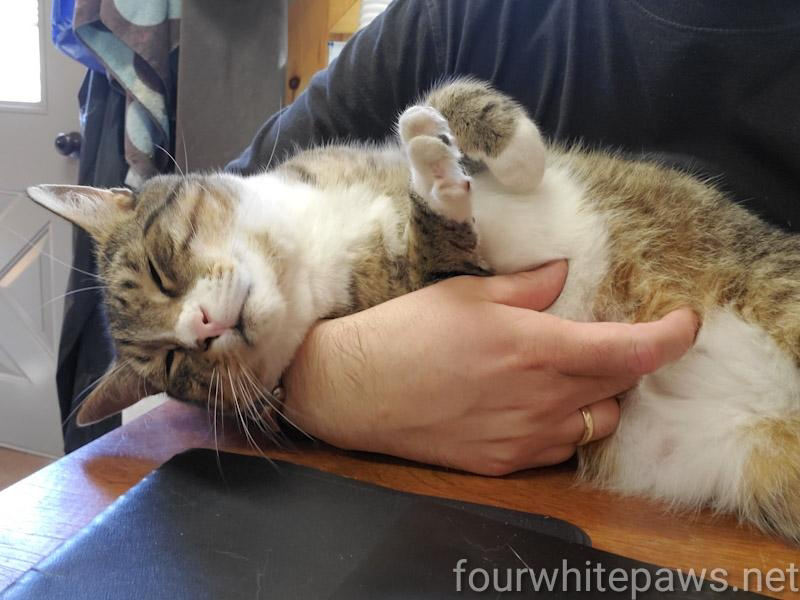 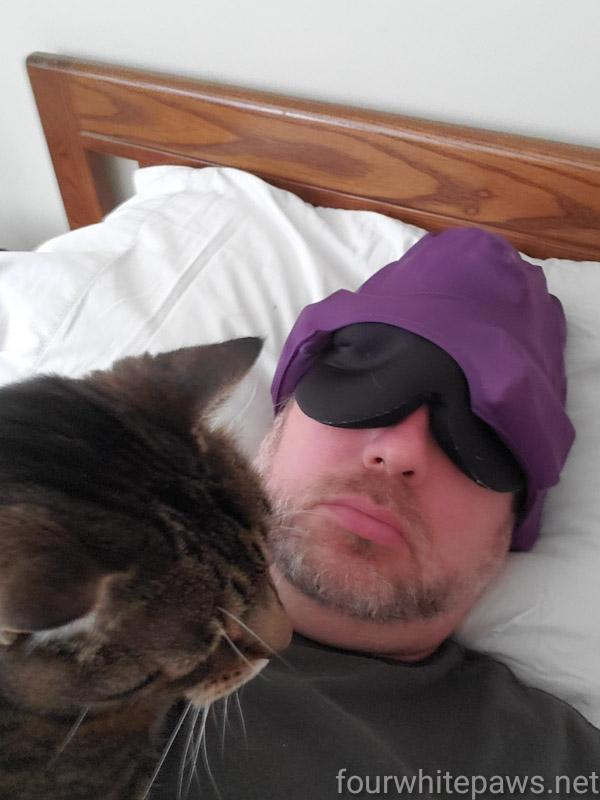 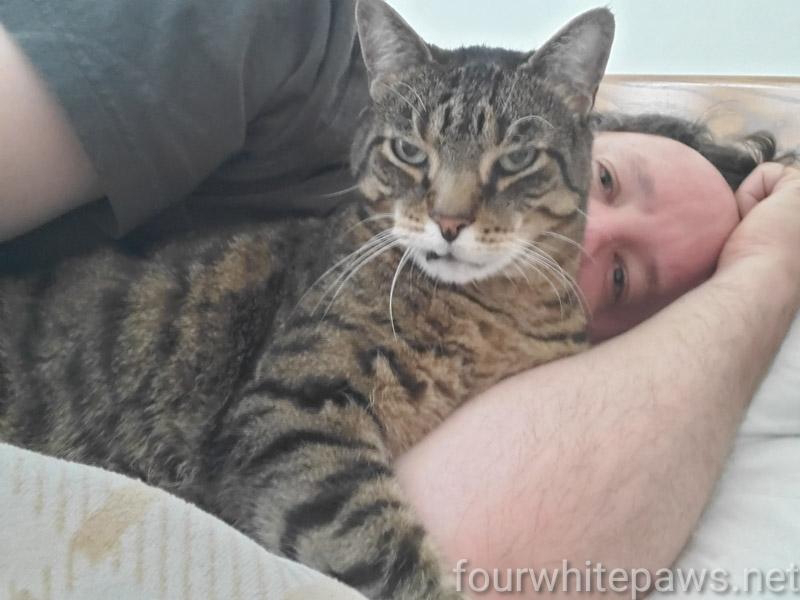 Healing purrs make everything better.
Posted by The Cat Guy at 7:31 PM 2 comments: 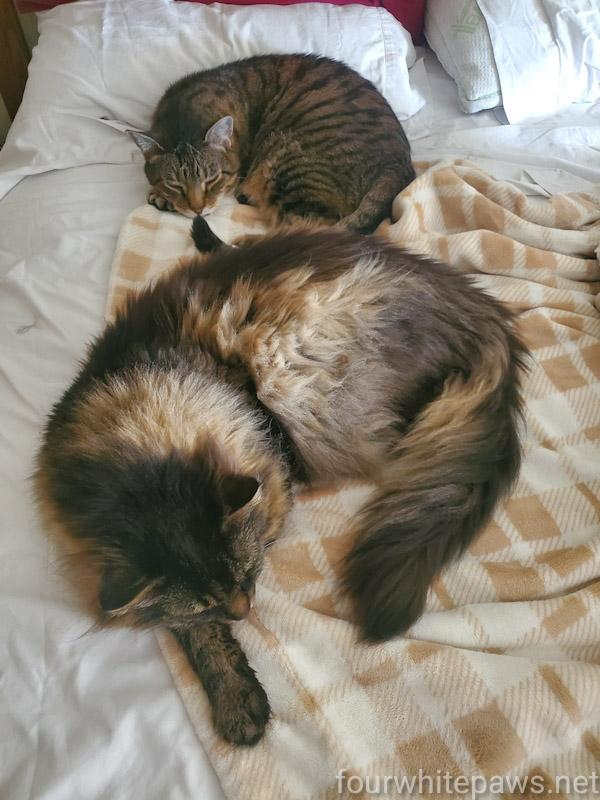 A day of rest and cuddles in the air conditioning. It's crazy hot outside! 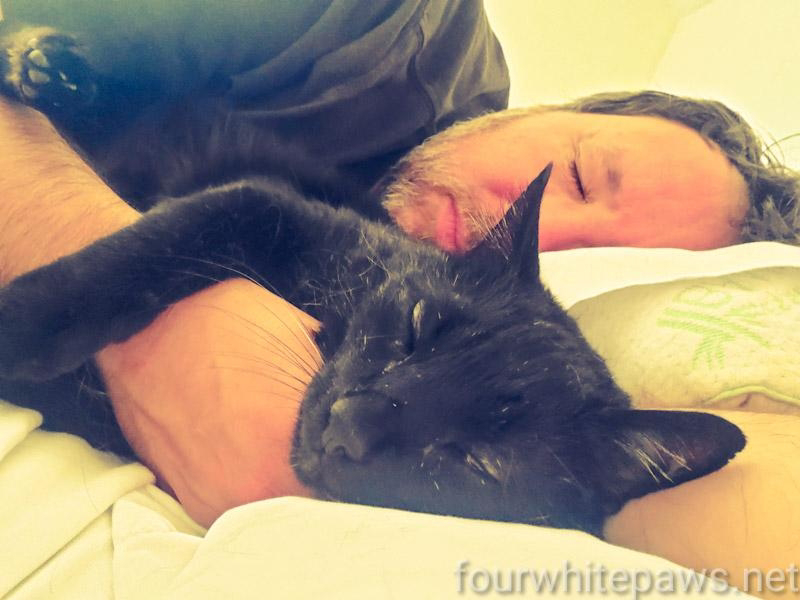 The rest is nice after getting up super early to take in the sunrise. 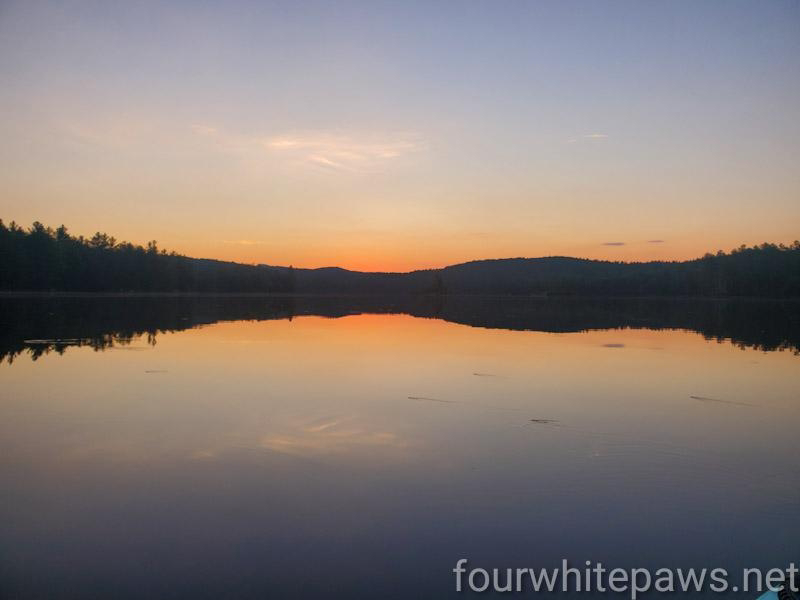 I hope you all are having a lovely start to your new week!
Posted by The Cat Guy at 5:07 PM 4 comments:

Seeing my fur-babies become geriatric is so hard. They are slowing down, much less energy and of course, more health problems. 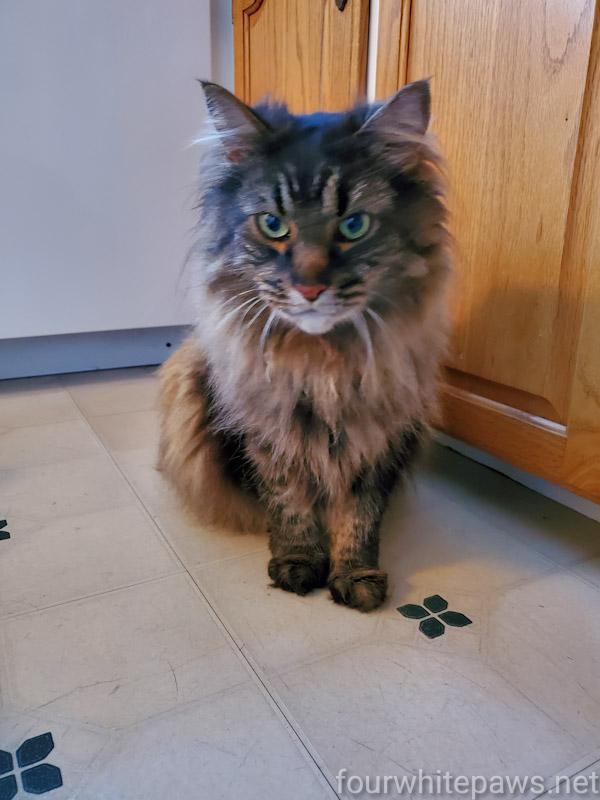 Nahum has bad arthritis in his lower back. He's on pain medication and various supplements, which have helped but sometimes we suspect he is still in pain. 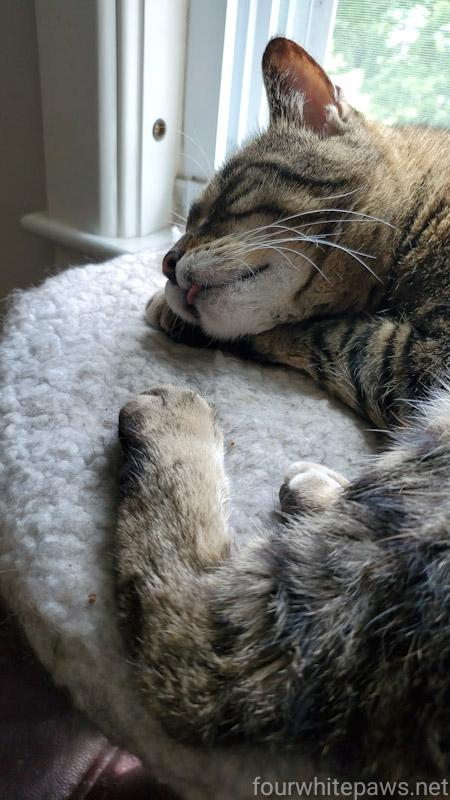 Meanwhile Theo has been off lately. He went in to the vet this morning for a blood test that required fasting, and with his food scarcity trauma, skipping a meal causes him to panic. All his worst fears are coming true. The vet is suspecting pancreatitis, which I believe he has had before. 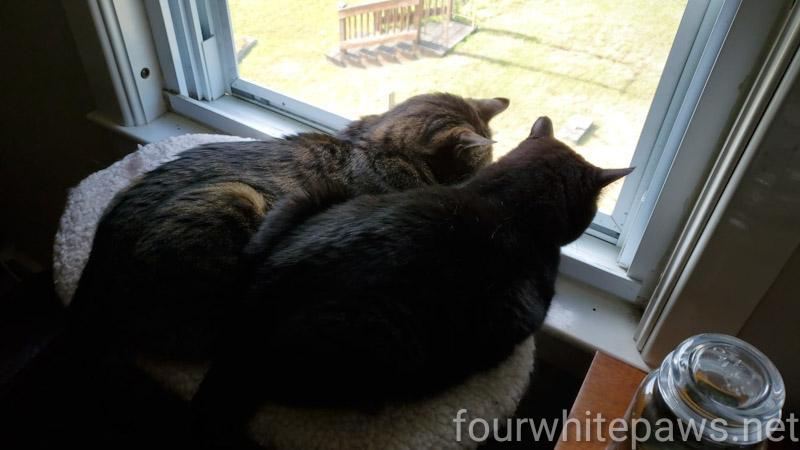 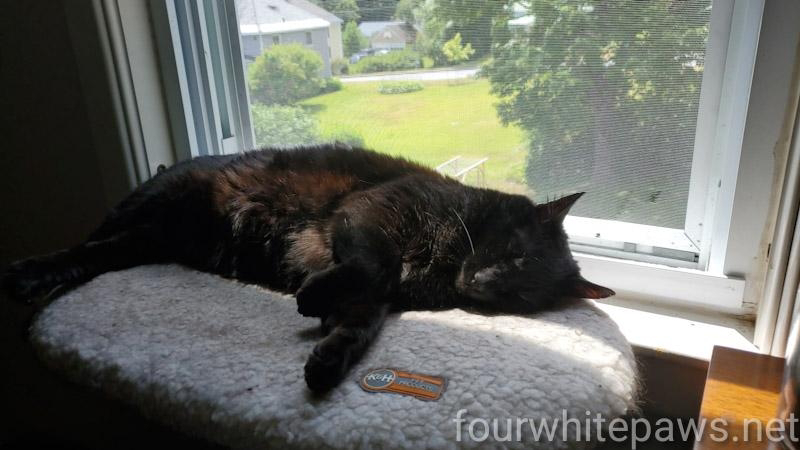 Oliver also has bad arthritis in his back legs. His pain medication and supplements have helped but occasionally we see him hobbling some.
Posted by The Cat Guy at 8:32 PM 5 comments: