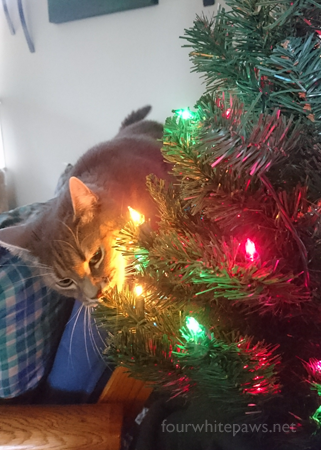 Santa Paws was kind to us, giving us some lovely gifts.

Oliver and Pierre no longer need to worry about frozen water (ok, maybe it's me that does the worrying!) We don't have a lot of below freezing temperatures but it does freeze for a few weeks a year. Kitties always need access to water in liquid form, which can be hard to come by when it's frozen. 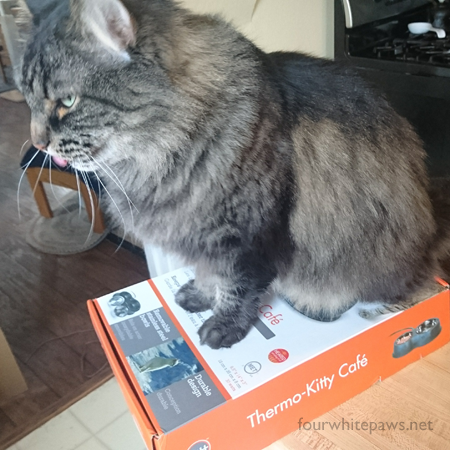 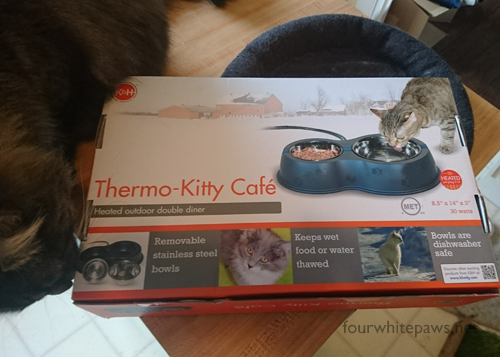 Auntie Lisa gifted the kitties with this puzzle box - it's been a huge hit! 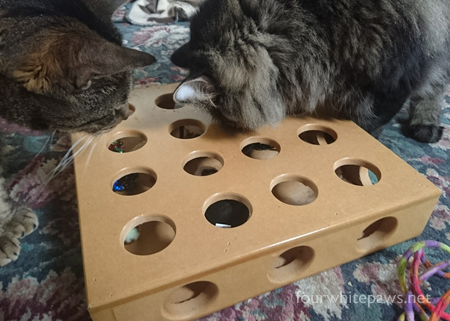 Oliver's the Christmas Kitty this year, an honor he takes seriously. To celebrate, he's been getting lots of inside time. The inside kitties are starting to get used to having him inside, with the exception of Theo, who doesn't like the idea. Theo's still unhappy that Oliver took over his back porch (five years ago!) Oliver behaves like a perfect gentle-kitty, it's Theo I don't trust! Maximum supervision is required to make sure Theo doesn't do any funny business. 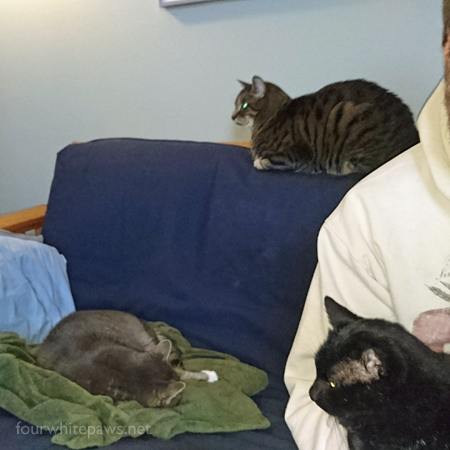 Merry Christmas to you all! 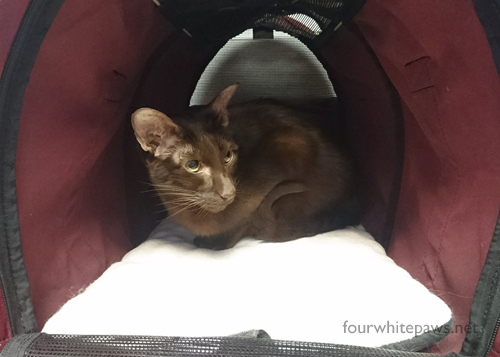 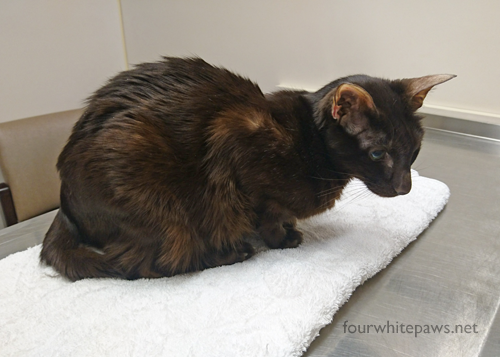 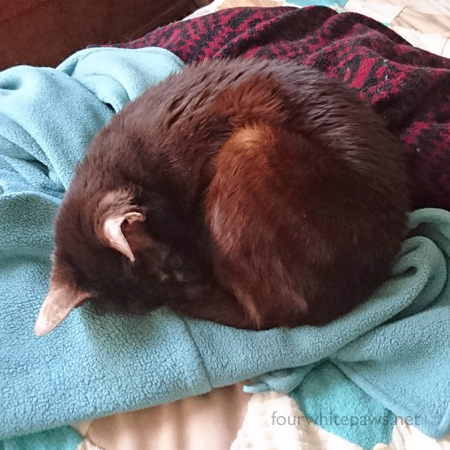 Yikes, December's on the move!! It's going fast and it's crazy cold outside.

Gotta make inside time for Oliver where it's warm and snuggly! 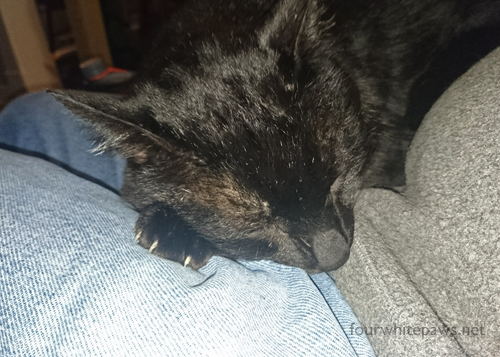 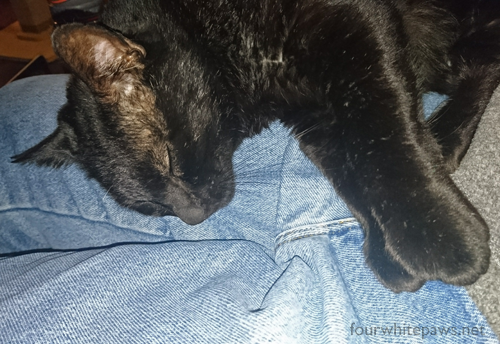 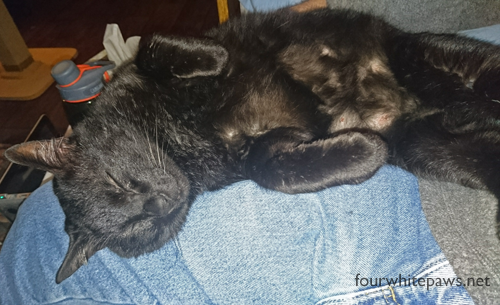 I'm not sure who enjoys inside Oliver time more - him or me! 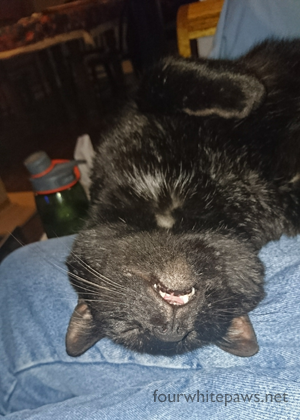