For three days in a row last week I woke up in the night to the sound of cats fighting. Each night the fighting was later into the morning. On one day, around 2am, I ran outside in my bathrobe to try to break it up. An angry neighbor across the street had beat me to the scene. She was out there screaming at them to stop.

I don't like the idea of Oliver upsetting the neighbors. It would be horrible if the neighbors decided to take matters into their own hands and do something awful to Oliver and his family. I also don't like the idea of him fighting. So, I've resorted to locking Oliver on the fully enclosed front porch for the nights  and have started giving him daily fluoxetine in hopes it will curb his urine marking and strong territorial attitude.

I feel horribly guilty when I lock him away, and when I don't, I worry all night that he'll get in a fight when he's patrolling the neighborhood. Either way I lose!

The other night, after he promised me he wouldn't fight, I decided to let him remain free that night. I went to bed worrying about him. Sure enough, a little before six in the morning, I hear cat fighting! In a huff, I throw on my robe and start to charge down the stairs. Before I got very far, I see Oliver sitting peacefully on the front porch, looking up at me with a quizzical look. Sometime in the night, he decided to lock himself on the front porch. Oliver was not fighting this time, I had indicted the wrong cat!

Oliver has learned to let himself onto the front porch by pushing his head against the door and moving forward into the opening. The door closes behind him, locking him away until someone comes and lets him back out. I don't think he views being on the front porch as a negative, he actually seems to equate it to being one step closer to being an inside kitty, which is his true wish.

Wednesday night, I again left Oliver free for the night. I went to bed worried about him. I awoke a few hours later and checked the porch camera, Oliver had locked himself on the front porch once again! I fell back to sleep much more at ease, knowing Oliver was safe. Oddly, in the morning Oliver was no longer on the porch! How did he escape?! Take a look and come to your own conclusions. 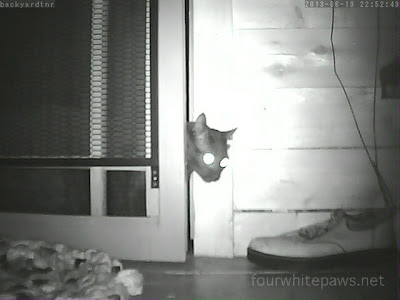 10:52pm, Oliver lets himself onto the front porch 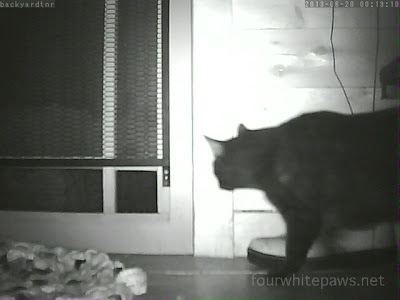 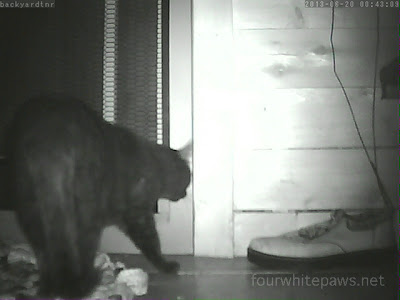 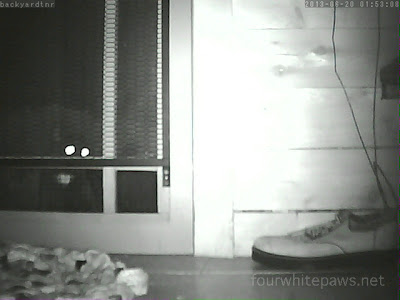 I'm speculating that Oliver escaped his front porch prison with some help from the outside. The evidence strongly points to Pierre as the accomplice. Maybe Pierre pushed the door open for Oliver so he could escape. Very sneaky, those two! 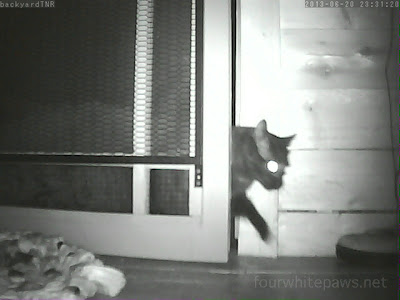 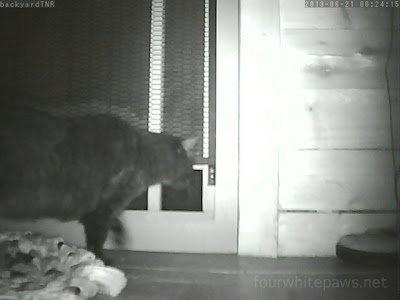 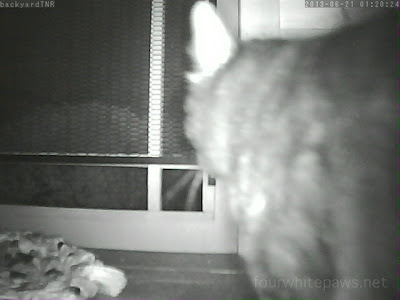 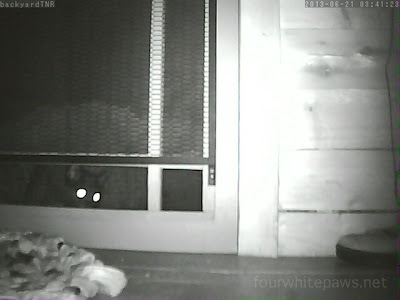 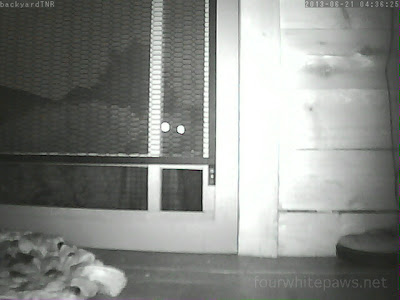 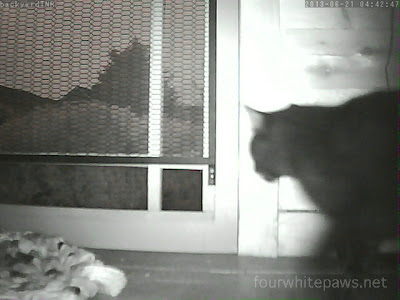 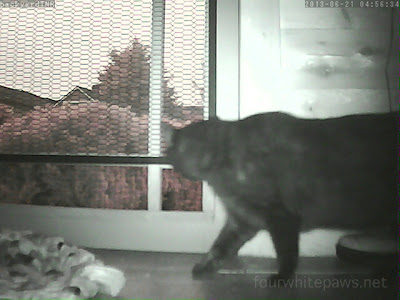 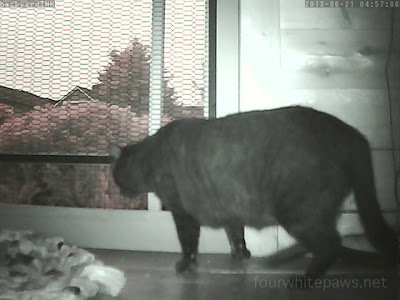 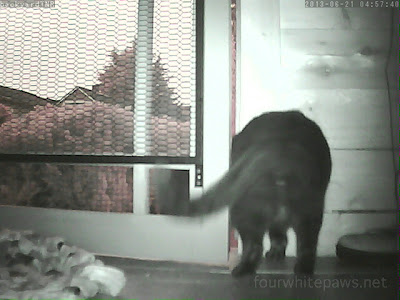 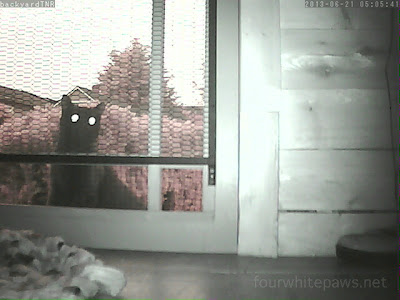 What's your theory of how Oliver manages to escape?