The older I get the less I like change but this poses a challenge, since change is inevitable.

This week I learned that some change is coming. We've owned our home for almost nine years now.  Most of the houses around us are rentals, which makes for interesting neighbors. The house adjacent to ours to the south is a rental. I learned earlier this week that there are new people moving in next door and they have big plans.

I sort of know the couple moving in, as they were living a few blocks away and I would occasionally say hi when walking by. They have two indoor/outdoor cats, both are mostly friendly. Having two outdoor cats living next door is not going to go over well with Oliver or his family. They consider the neighbor's yard to be their's too. I foresee a lot of fighting in Oliver's future which is making me very stressed.

The other big change is that they are building a new fence. The old one is in pretty sad shape, so it does need replacing. 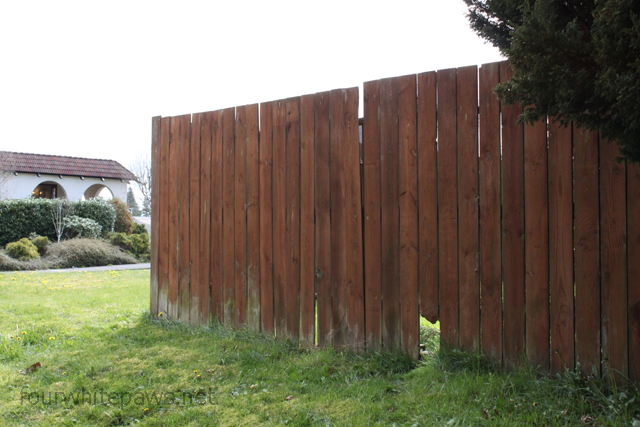 Believe it or not, I didn't add the cat hole, the board just happen
to break at the perfect height for cats to walk through! 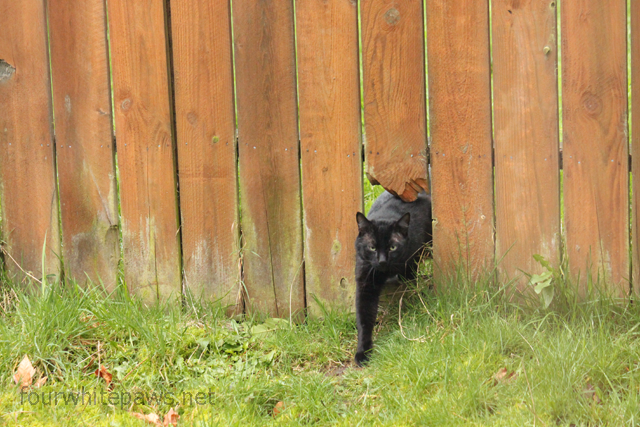 Here is what the current fence looks like (the red house is mine): 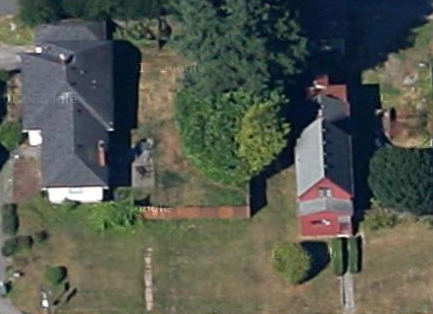 And this is where the new fence will go: 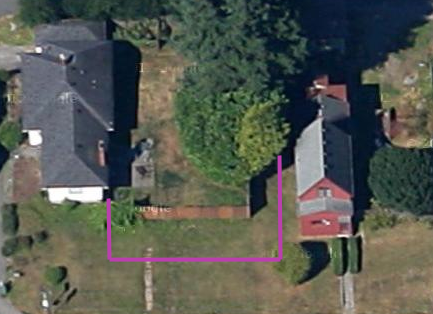 Our house, which was built in the early 1900's, is only five feet from the property line. Which means soon we'll have a six foot fence five feet from the house which will block a significant portion of light into the house. This makes me very unhappy. The fence will also block a lot of the indoor cats' view. 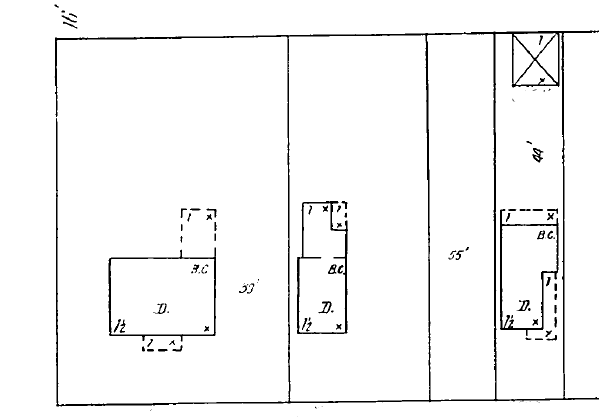 Sanborn map from 1902, my house is the one in the middle.

One potential positive of the fence is that the people are considering installing some sort of barrier along the top of the fence to keep their cats in their yard. I'm imagining it might be something like what Kea has on her backyard fence.

Today the old fence was partly taken down, giving Oliver and his family lots of new things to check out. 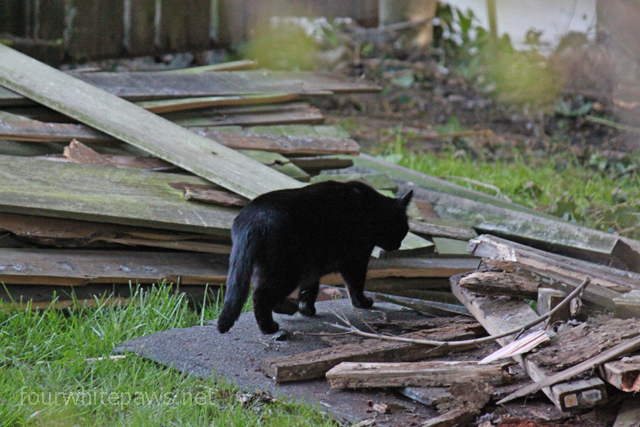 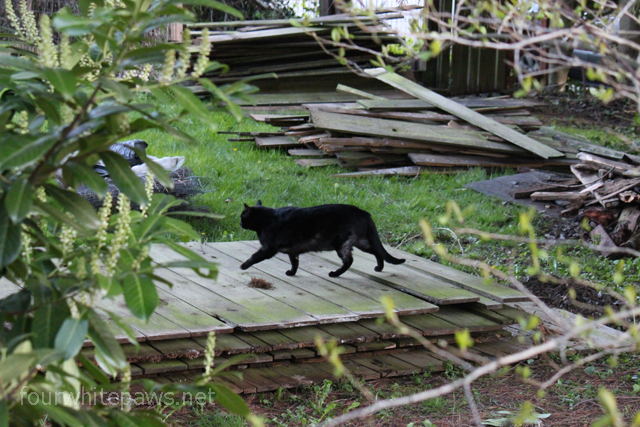 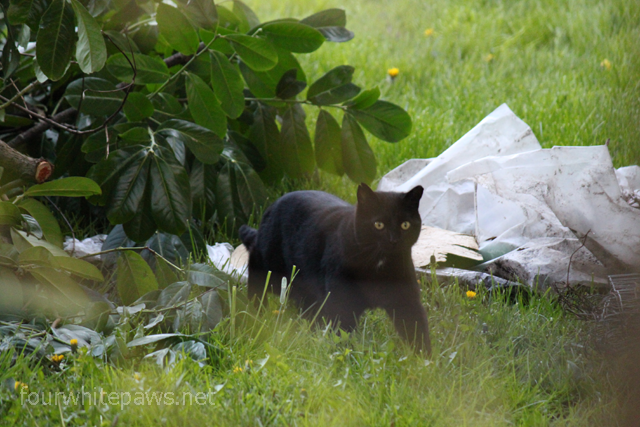 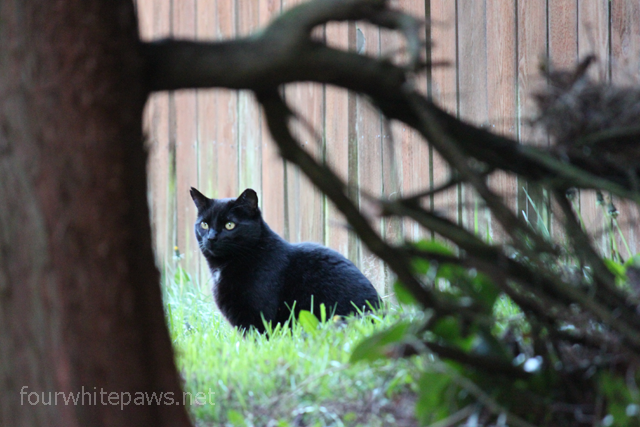 I'm of the belief that good fences make good neighbors. I'm just bummed at the location of the new fence and how it will impact Oliver's territory.
Posted by The Cat Guy at 12:47 AM