MK and Pierre are a bonded pair of ferals. This is the scene I was greeted with this morning when I brought Oliver outside in the morning: 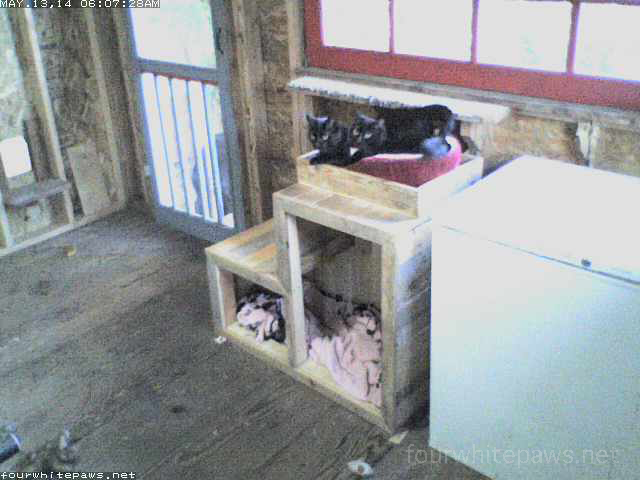 After breakfast and a romp with Oliver around the yard, MK and Pierre have settled into Oliver's house, where they are enjoying a nice cuddle: 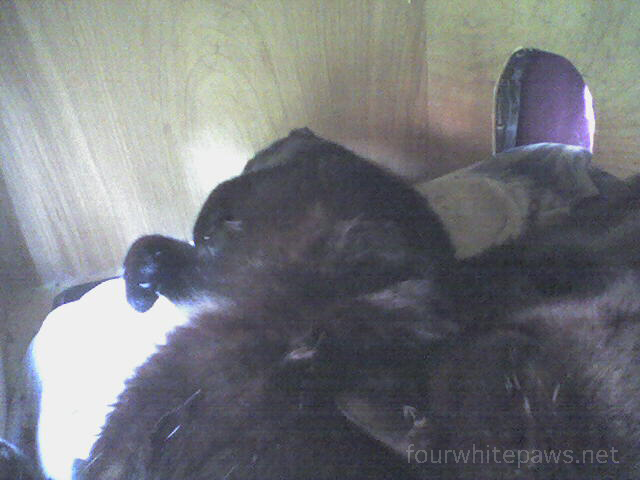 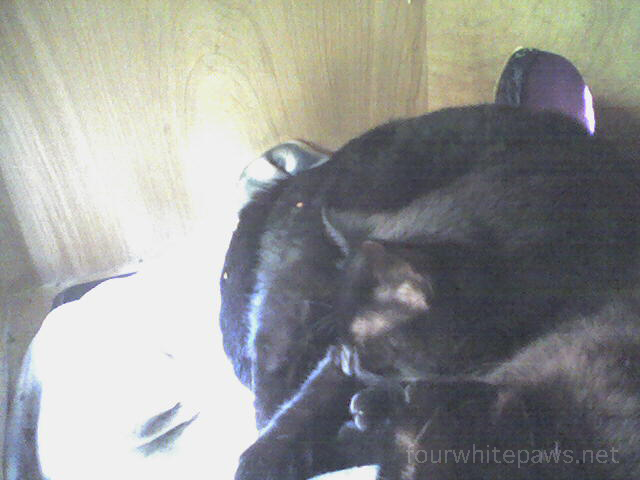 Meanwhile, I've been devising my plan for trapping the new cat who's been coming around. 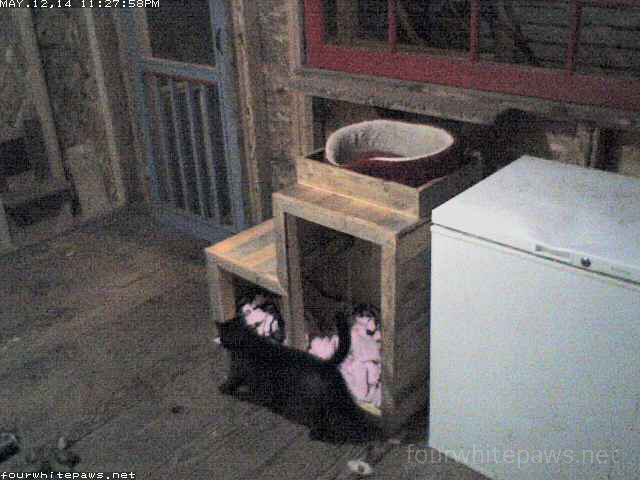 This boy has a date at the neuter clinic tomorrow morning! 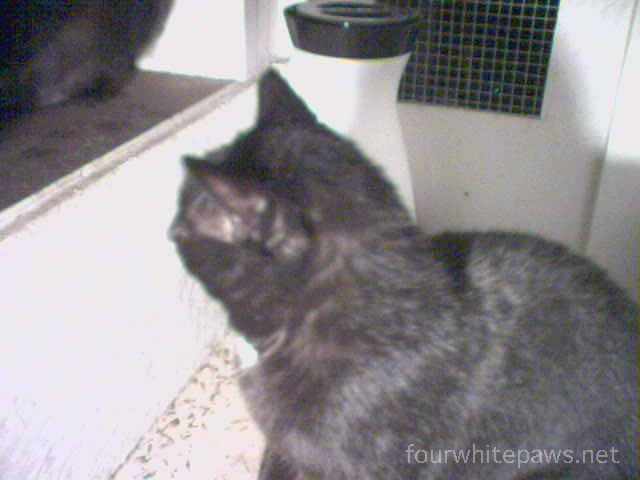 I wonder if he's related somehow to Oliver and the family. He's black with a small white patch on his chest and he looks to be about Oliver's size.

Trapping him will be a challenge, as I don't want to trap MK, Pierre, or Nora. I'll bring Oliver inside the house, so he won't be around to chase off the new boy. At first I thought I would use a regular trap, but then I realized that won't work, because I'll need to selectively trap to make sure I get the right cat. 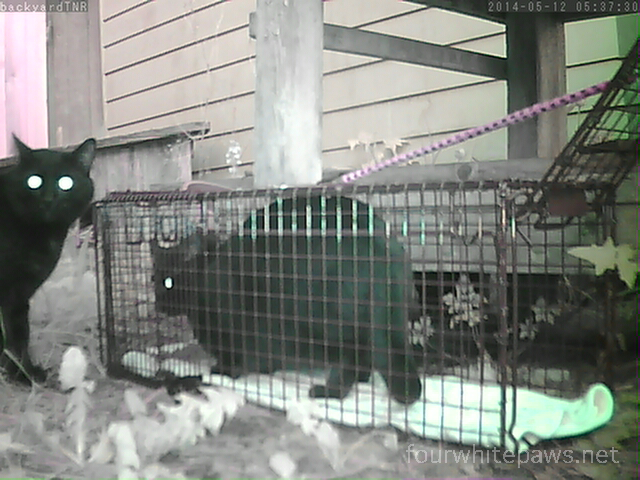 Oliver snoopervises Pierre as he eats the bait!

I have decided to go with the drop trap. This way I can sit in the car, and wait and watch. Of course, determining one black cat from another in the dark is a bit of a challenge. So, even with the drop trap, odds are high I could get the wrong cat. 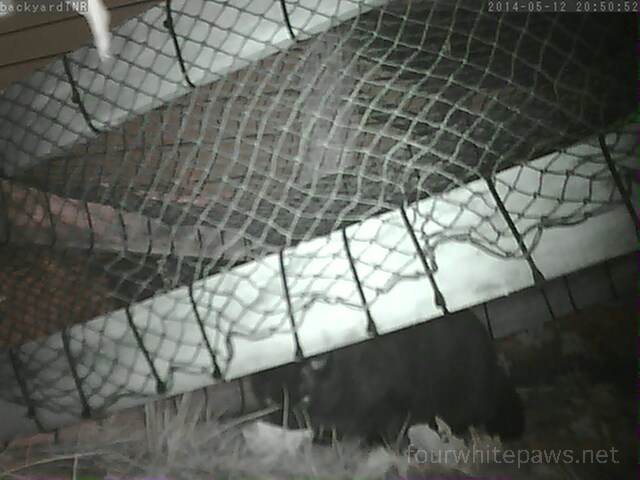 I'll be up late tonight waiting for the new boy to get under the drop trap - then he's mine!