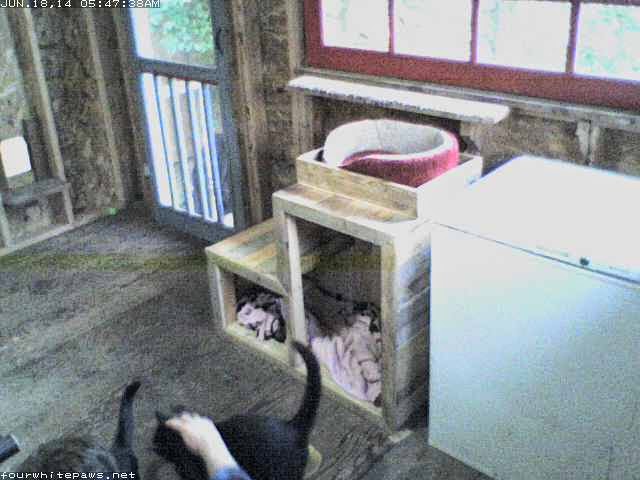 I rubbed his head for the first time and that was a game changer. He pushed into it and wanted more. There was no fear! I think I found the sweet spot for him where pleasure trumps fear!
Posted by The Cat Guy at 9:37 AM