This day last year was the day Marvin went from being a homeless cat to a rescued cat!

This was a photo from the day before he was trapped (he was in very rough shape):
Thankfully, he went right in the trap like a good boy!
It's been quite the year for him! He got some desperately needed medical care and went from 5 pounds to 7 pounds, a nice healthy weight for him. And in that year, his delightful personality landed him a cushy job! When he's feeling good, he accompanies me to work as my therapy cat - a role he seems to love.

Sadly though, his health continues to struggle, particularly his asthma. I've tried many treatments to get him to take his steroid (pill form, liquid, inhaler with Aerokat, etc.) but he's quite resistant (as in "no way in hell, it ain't gonna happen!") I tried building him a steroid inhaling chamber... 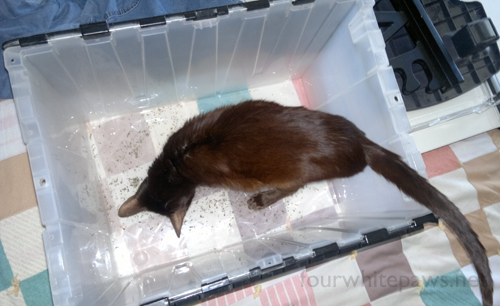 I loaded it with his favorite thing, nip in hopes it would make his time in the box more pleasant. 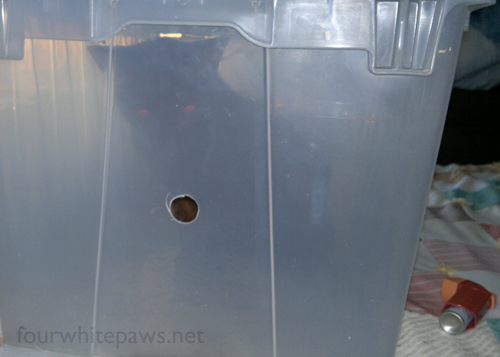 Even with the nip, he wasn't too thrilled about being in this box. 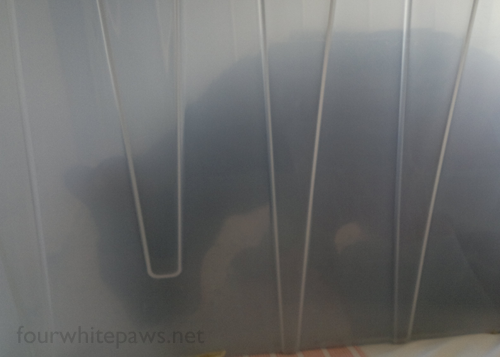 After trying it for a number of times, it didn't seem to be making any difference in his asthma attacks.

The vet said we could try Depo-Medrol (long acting steroid injection). I was reluctant because this is really hard on his body, especially his already failing kidneys. But, I think we're in that phase where we are looking at quality of life now, even at the expense of longevity. The first shot did wonders, he was asthma symptom free for about 6-weeks. Then the asthma attacks came back. We tried it again and the second time it barely lasted 2-weeks. Sigh.

Moving on to the next thing, we got the steroid compounded into a cream that I smear in his ear every day. He hates having his ears touched but he tolerates it about a thousands times more than having his mouth touched. So, with a struggle, it's doable. After 10-days of treatment this way, there have only been slight improvements to his asthma attack symptoms. Will keep trying it for now. 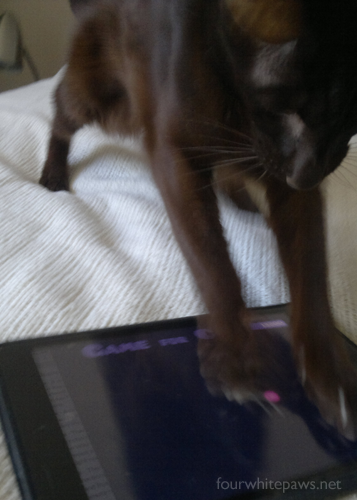 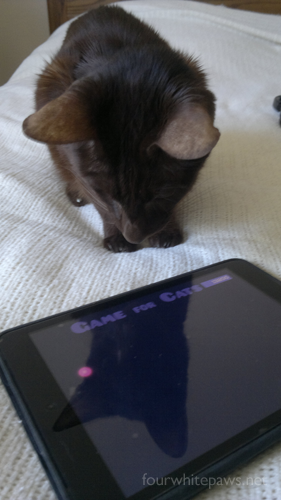 Watching him gasp for air and being powerless to help him is a really awful feeling. There have been a few times where I was starting to really freak, gathering up the carrier ready for a frantic run across the alleyway to the 24-hour emergency vet. Thankfully, it hasn't come down to that yet. With him being so symptomatic, he's currently on medical leave from his therapy cat job, but sadly it's not looking promising that he'll be able to return. 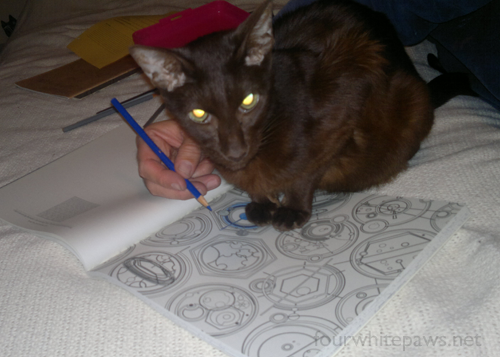 Marvin loves to help out whatever you're doing. 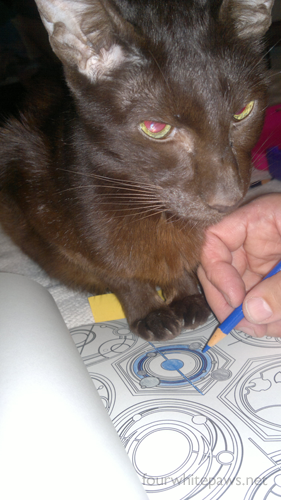 Coloring is more fun (and challenging) with Marvin helping! 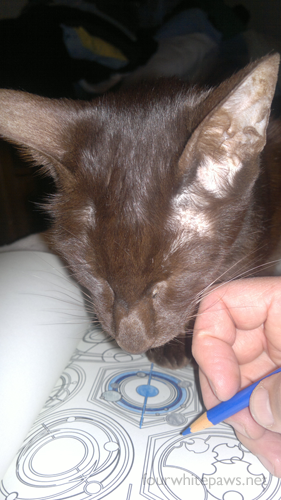 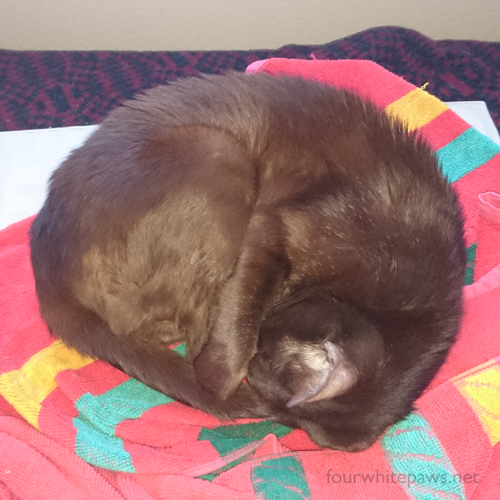 As I contemplate Marvin's retirement from the workplace, I'm starting to prep my next therapy cat - Mr. Floofy himself, Nahum! 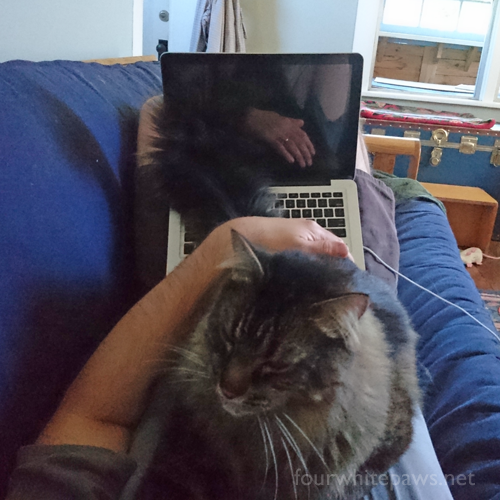 Nahum's undergoing a rigorous cuddle training regime.  It's hard work training to become a therapy cat, but everyday he gets more and more lovey. 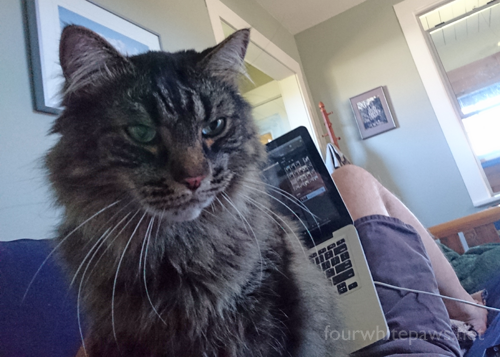 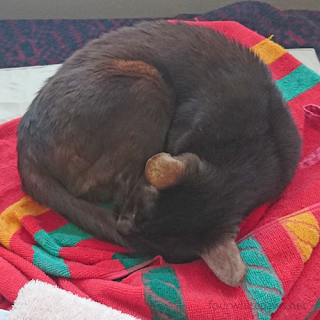 Join with us in celebrating a wonderful year of gotcha-dom for a super-wonderful kitty - Marvin! He's such a joy and my heart is bursting with gratitude for getting to enjoy this delightful boy for an entire year! Here's to a year with the Marvinator!