Packing the car with all the cat stuff and cages took quite a bit longer than I anticipated. The result was leaving Seattle in the afternoon rather than morning as planned. I wanted to make sure the cats had as comfy digs as possible. 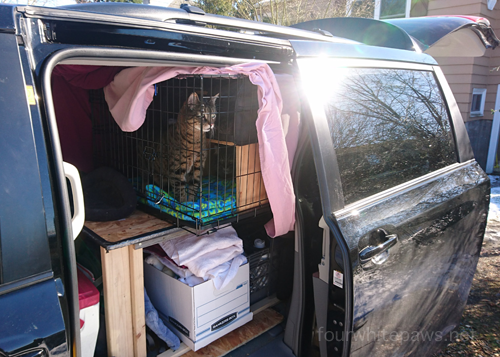 Theo, Nahum, and Rose have the crates behind the driver. 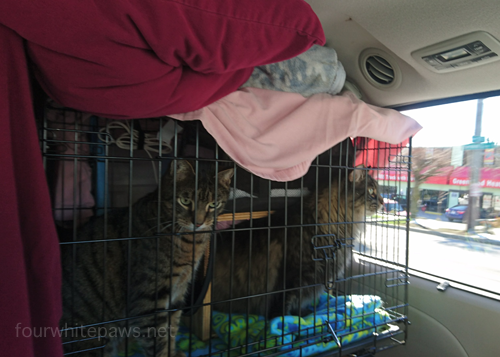 I expected Nahum and Theo to be scared and hide in the back, instead they were glued to the window, watching everything. 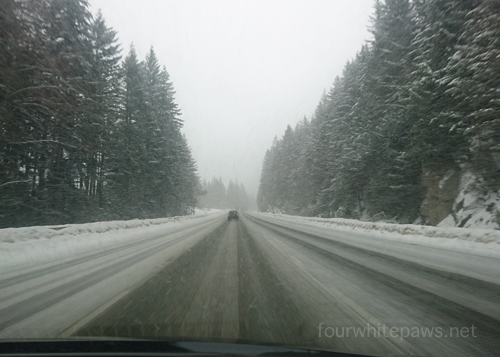 The weather going over Snoqualmie Pass (out of the Seattle area) was a bit wintery. Grateful we sprung for the AWD. 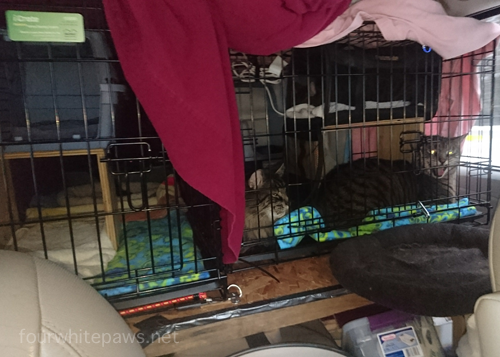 The cages behind the passenger seat are for Oliver and Pierre. Each grouping of cats have two medium sized wire dog crates that are wire-tied together. Therefore each grouping has their own litter box in the back crate and a living space in the front crate. Marvin has a soft sided crate that is down below at the front. I'll try to get some pictures of the setup for a future post. The first night, we just slept in the car for a few hours at a rest area in Idaho. Since the cats all have litter boxes, they have everything they need for their comfort and needs. They even have heating pads in their spaces in case it gets too cold. 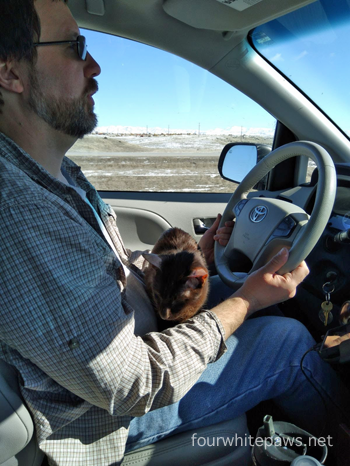 Marvin loved having lap time in the sun! He's so chill about new spaces and experiences. 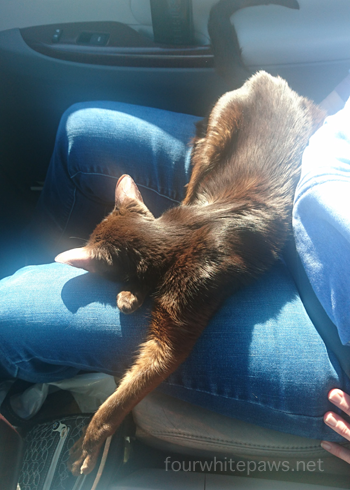 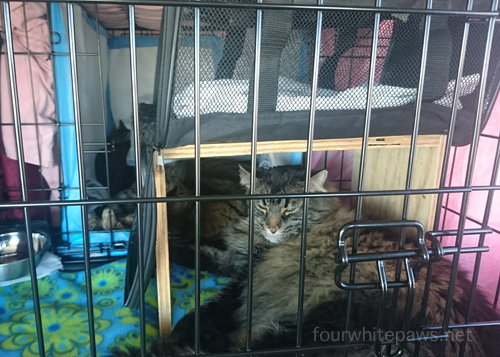 The first day, Theo talked and talked, but on the second day he just chill. We used some oral sedative on Theo and Oliver to help them relax.  Nahum's super chill from the start. 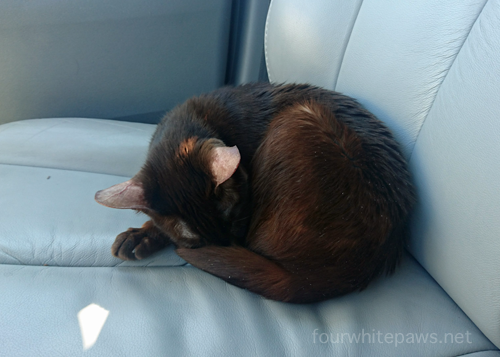 Friday night, the weather was not looking so good in the Utah mountains, so we splurged on a pet-friendly hotel room. Nahum, Theo, and Marvs get to enjoy the hotel. 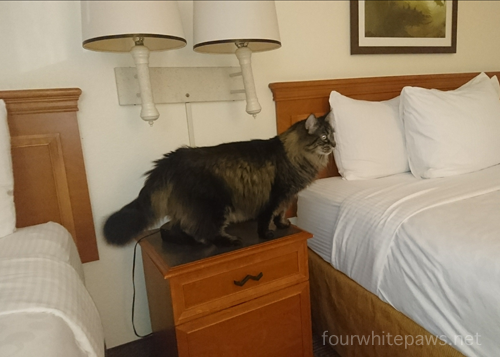 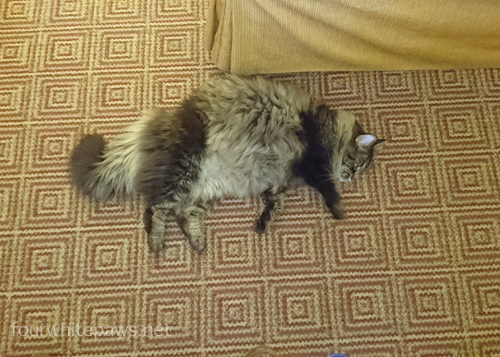 Meanwhile Oliver, Pierre, and Rose are staying in their crates in the van. 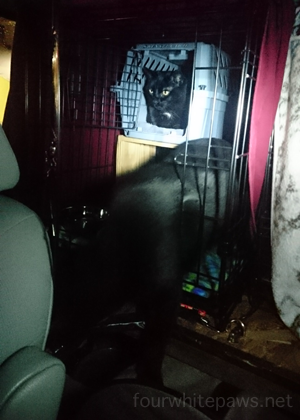 With the other boys in the hotel, I let Oliver explore the a van a bit. 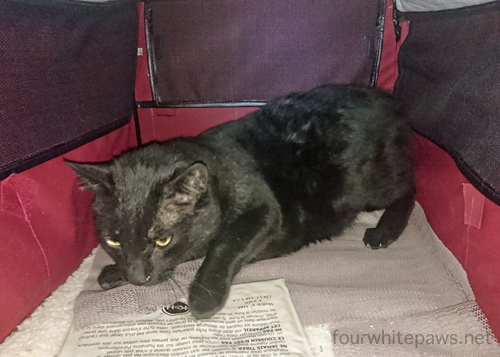 Pierre has done great. He even came up to the front of his crate and parked and talked with us. He only talks when he's relaxed and feeling good. I love his unique voice. Rose on the other hand has not been enjoying this adventure. She's spent most of the journey hunkered between her litter box and the side of the crate. Poor thing! With the boys inside the hotel, she's got the space to herself and thus more opportunity to eat and relax with no car movement nor humans around.

For the last many months, I worried a ton about how the cats would do on the road trip. I've been very pleased with how they are doing. With the exception of Rose (who always hates change) it's going quite well.
Posted by The Cat Guy at 12:25 AM