Did a little shopping today. Got me some new sox! And got Nahum a little something too. 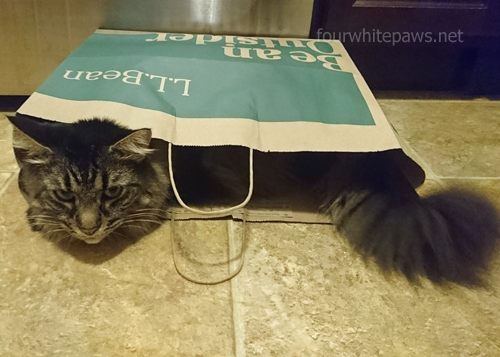 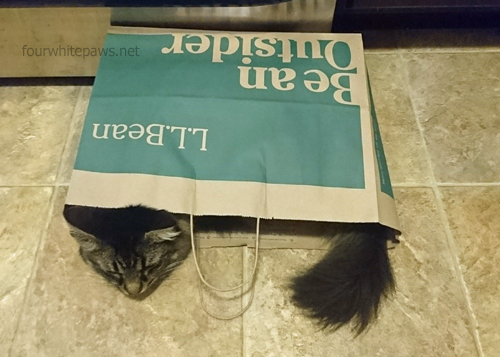 Last time we had one of these bags kicking around, Pierre played with it and somehow got his head stuck in the handle part. There he was running around the apartment with a big old paper bag chasing him - he was panicked! Eventually he ripped the handle off the bag, so the bag stopped chasing him and then he just had a handle necklace for awhile! And of course being semi-feral, it's not like he was going to let a human get near enough to rescue him.

Meanwhile Marvin continues to rally. He keeps eating more and more each day! And he acts like Marvin! That last dip in his health was scary. He's still getting daily fluids to give his kidneys the best chance.