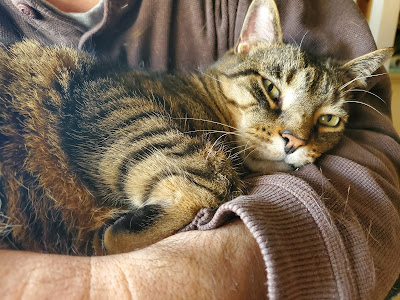 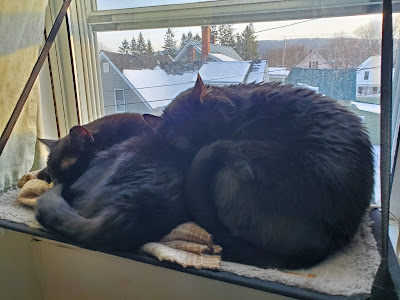 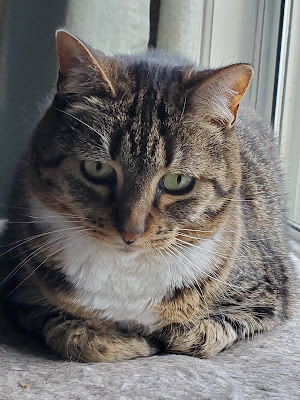 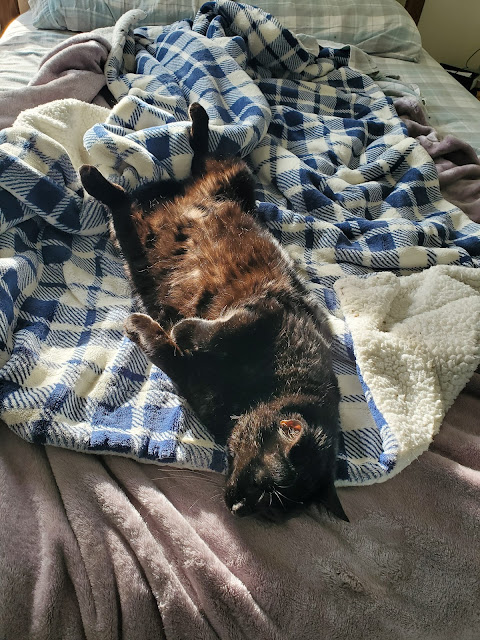 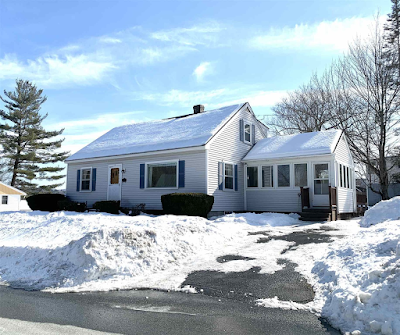 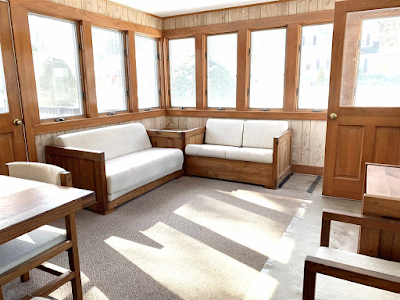 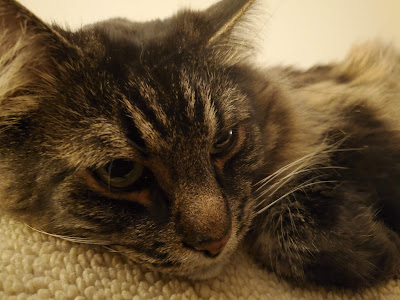 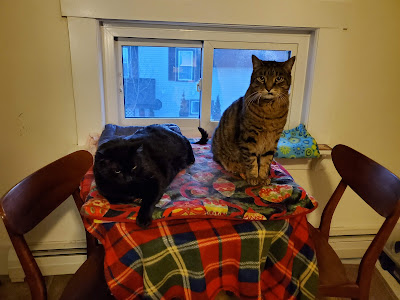 Tuffy is the boy barn kitty and he's all love and cuddles. He's often joining me for my sessions, although at the last session he showed up late - he waltzed in and dropped a gift in the middle of the office floor - gross!! Having Tuffy around has really made me want to have one of my kitties in my regular office, so hopefully things go well with Nahum. Stay tuned!
Posted by The Cat Guy at 8:01 PM