Having endured ten Pacific Northwest winters thus far, this one has been the driest that I can remember, which is a wonderful gift. It means I'm getting a bit of a reprieve from my seasonal affective disorder-induced depression! It also means I've had more opportunities to play with BK in the yard. Today we played some string. 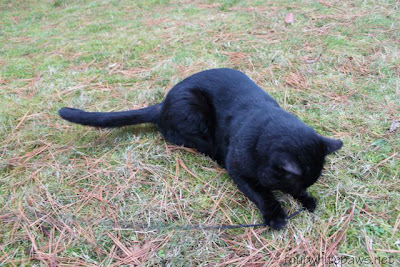 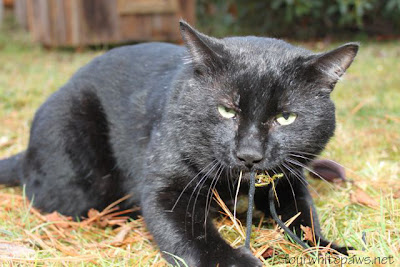 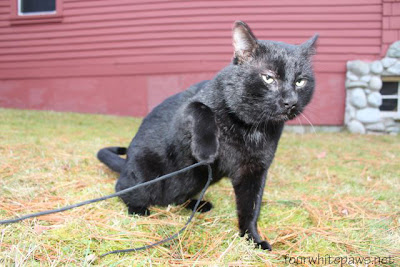 Ack! The string not let go! 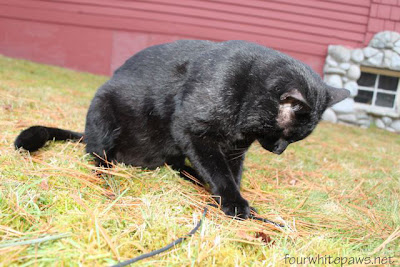 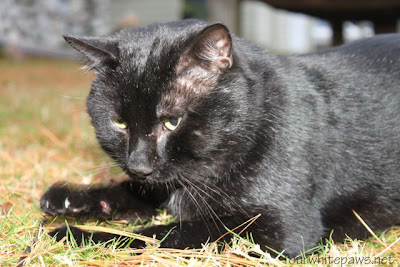 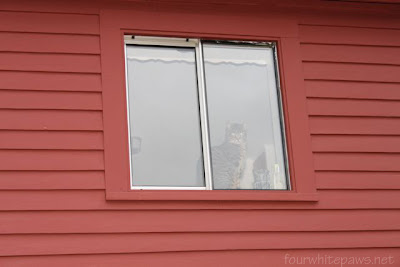 Theo, watching the string play from the kitchen window

I decided to move along the kitty introduction effort. I figured the first phase has been ongoing, with them getting to smell each other. My clothes smell like the inside kitties from loving on them so much and then after holding and loving on BK I come inside smelling like him.

Phase two was going to involve a one-on-one meeting on the back porch with BK and Nahum, our ambassador. When I got the basket of leashes and harness out, Nahum scrambled away, yielding the honor to Theo. So, bold and tenacious Theo would get to be the one to make first contact with BK. 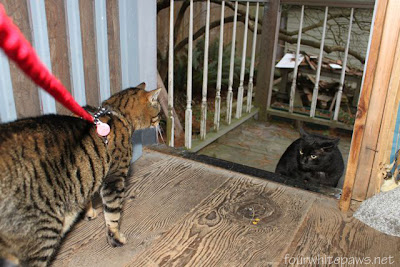 Theo didn't express a whole lot of interest in BK, he seemed more interested in getting around BK so he could go explore the yard! BK took more of an aggressive stance, ears back and growling. He cowered in the doorway and watched Theo with great interest. Theo pretty much ignored him. 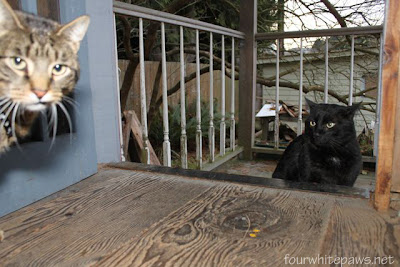 Right after this picture was snapped, Theo, bored with not getting to go outside, walked away from BK, going back toward the house. BK seized the moment and pounced on Theo's back. I yelled and BK scurried out the door. Theo was not happy but thankfully wasn't injured. He did have a serious case of poofy tail though, in fact it took him along time to give up the poofy tail.

First contact didn't quite go as well as I had hoped although it wasn't really all that surprising. BK has been living on the street for quite sometime and I'm sure it will take a long long time for him to trust the other cats. So, we will keep working on it, one tiny step at a time. I've learned from this experience that BK doesn't fight fair, that will be important to watch going forward.