Even though the temperature has warmed up over this past week, Oliver has spent every night this week inside, safe and toasty warm! He comes to the window and asks to be let in - what a sweetie! He settles right into his space and is there waiting for me in the morning. I think I have slept better this past week than anytime I can remember, knowing he's safe and comfy.

Somehow Oliver's even talked me into letting him in during the day too! Rather than sleep in one of the many warm beds I have for him around the property, he prefers to sleep inside like, a real inside-kitty! So, when he asks to come in, I put down his litter box in the small office/bed room and let him take it over. So far, he has not urine marked in the room - I think having the litter box in there helps, that way he has a legit way to urine mark!

One of my next projects is to clean out his room and get it more comfy for humans and cats. That will be a nice wintertime project. I like the idea of him taking up longer term residence in the room. I wish I could get his family in there too! Not sure how I would pull that off.

Meanwhile, Sunday was the last day of the Home for the Holidays big adoption event! Being the last day, the raffle was held for the many items available. I bought a few tickets for the large cat tree - I figured, with Oliver having his own room, he needs a cat tree! Well, guess what?! I won!! 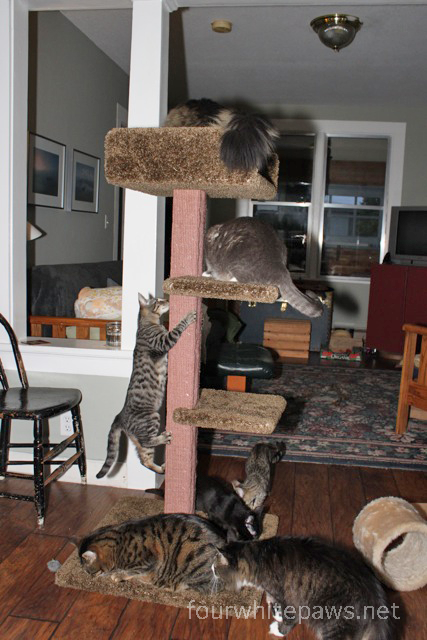 All the kitties have to check it out before Oliver gets a turn! 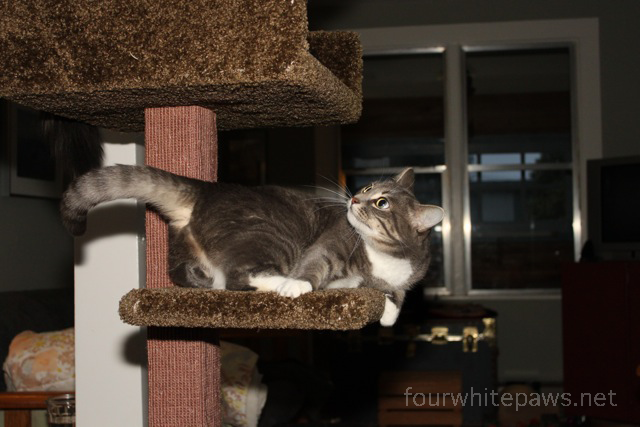 After I cleared out a spot in Oliver's room, I set it up. Oliver was waiting for me on the front porch, so I brought him in so he could check it out. He gave it a thorough inspection. 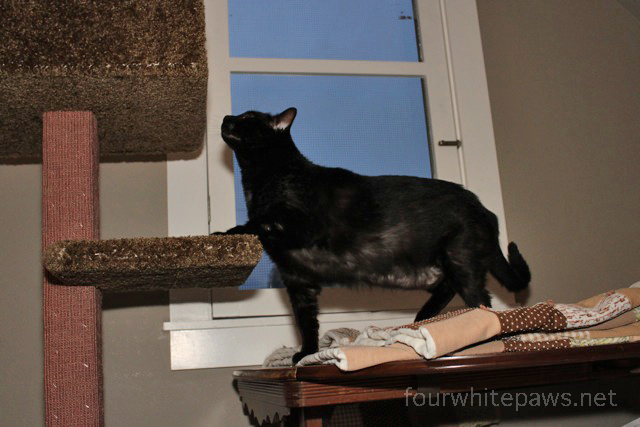 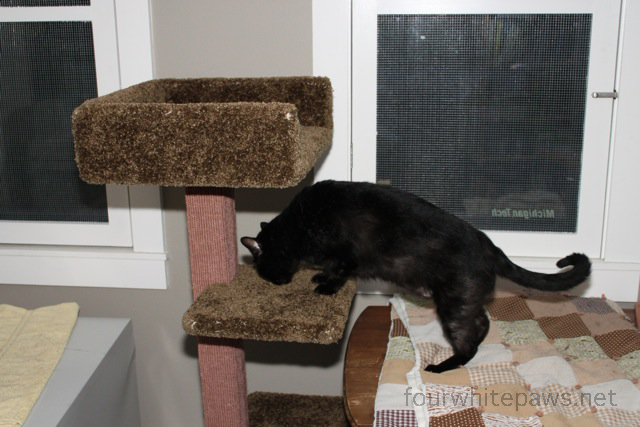 And after checking it out, he preferred the quilt on the table! Maybe he's used to his real trees and so the fake cat-tree is not impressing him much! He does like to hang out in his real lilac tree and he uses it for a scratching post!

Later when he came in for the evening... 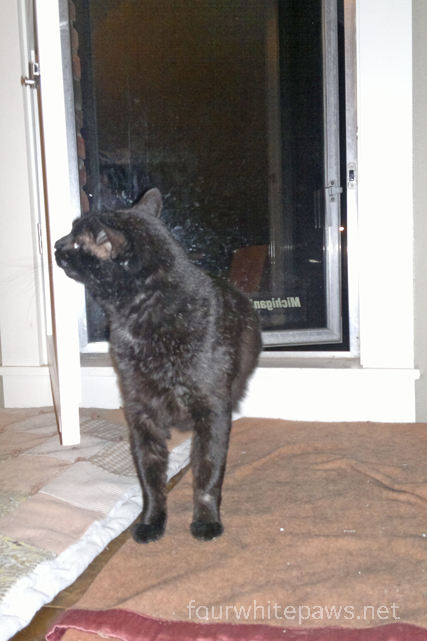 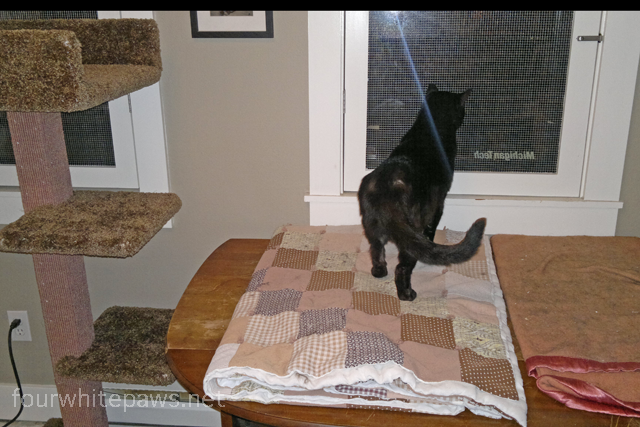 He settled right in! 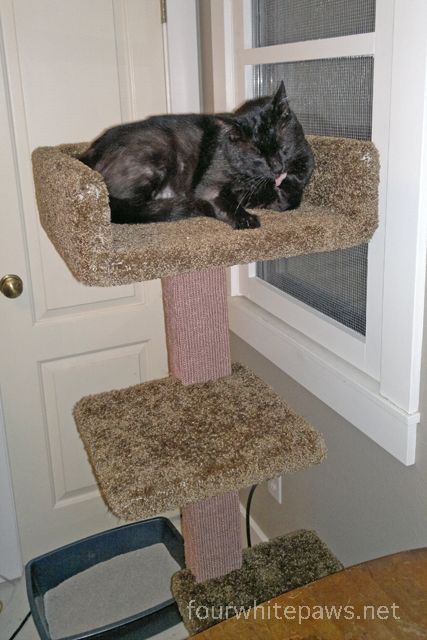