Occasionally it's nice to take a break from the cat rescue work and take on some dog rescue. Such was the case yesterday when on the way home from the plumbing shop, a little dog darted in front of us across the busy 7-lane road we were on. I quickly turned across traffic and was in pursuit. Little dogs can run fast, very fast, thankfully, I was in an agile little car that also can go fast.

The dog turned on another busy road and started down that way. I got ahead of it and tried to cut it off with the car, but that only made it dart out into the road once again. Cars narrowly missed hitting her, she was so small and her coloring blended in with the road. By then a few other cars were in pursuit as well, we formed a rolling blockage to keep other cars from getting near her. Then I tried to divert the dog away from the road into an apartment complex, but she wasn't having anything to do with that and again darted across the busy road. Cars slammed on their brakes, narrowly missing her. Meanwhile there was a woman running down the sidewalk, holding a small child and yelling at the dog. I assumed she might be the dog's owner.

The dog was looking tired with her tongue hanging out, but she kept running. She tried to lose me by reversing course and running down a perpendicular bike trail. I would have lost her too while I turned the car around, but thankfully there was a guy on foot in hot pursuit and I saw him turn the corner down the bike trail. I drove into the school parking lot, in hopes of cutting the dog off in a secure fenced corner. I ditched the car and joined the foot pursuit. The dog managed to break through our human blockage and kept running. 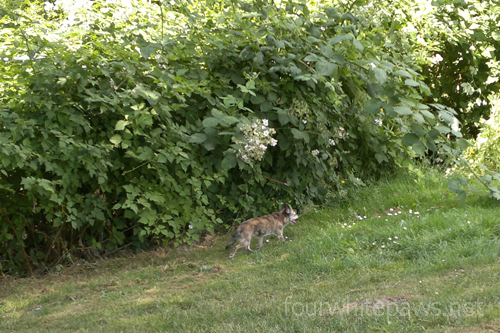 But this time she was running into the back fenced corner of the school property, she would be trapped. During this whole pursuit the dog's human-mom was running after her screaming her name, Sadie. I heard the lady yell that the dog would only come to her, that she's scared of other humans. My goal was to get Sadie cornered and then running toward her human.

Sadie, exhausted, took a breather in the bushes near the fence. That provided just enough time for her human to catch up before she took off again, but this time she ran right to her human. The lady immediately leashed the dog and the drama ended in tears of exhaustion and gratitude that her dog, Sadie, was still alive. 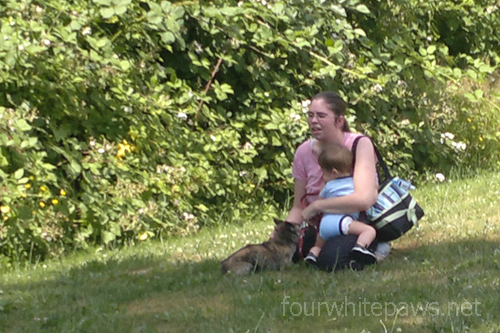 It's crazy how fast those little dogs can run. In the end, I bet Sadie ran about 1 mile (1.6 km). Apparently the dog had jumped off their apartment balcony and took off running. It's lucky to be alive as several cars barely stopped in time. 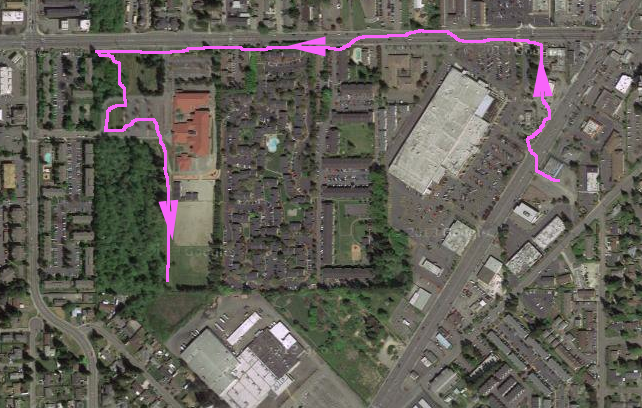 When this was all over with, Laura commented that apparently when an animal is in danger, all my safe driving practices go by the wayside. Yep, I suppose that is true!