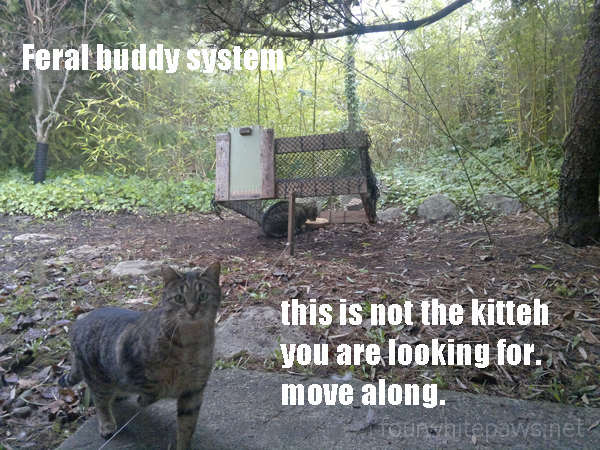 Since I had him vaccinated for FeLV and he was sedated, my plan is to keep him captive on the back porch for a day or two until I know he is feeling 100%. The vet said he was fully awake and suggested I give him an extra hour in the trap just to be sure. I gave him an extra couple of hours and then released him to the back porch. I was horrified to see that he was very unsteady on his feet and had difficult time keeping his balance while also franticly trying to escape. Seeing him try to jump and climb while so wobbly really freaked me out as he could easily misjudge a jump and seriously injure himself. There was no way I could recapture him, all I could do is watch, worry, and pray. Thankfully, after some time, he eventually settled in with Oliver and they slept away the afternoon together in their heated bed.
Posted by The Cat Guy at 11:47 PM