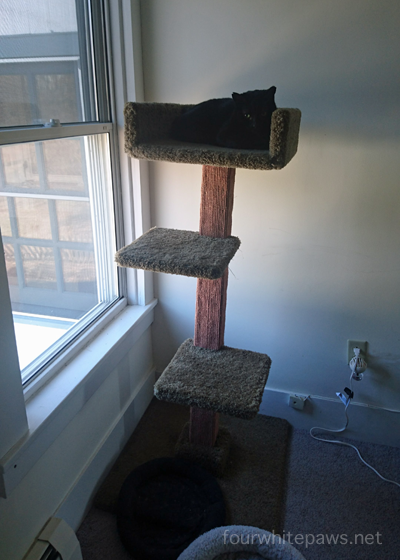 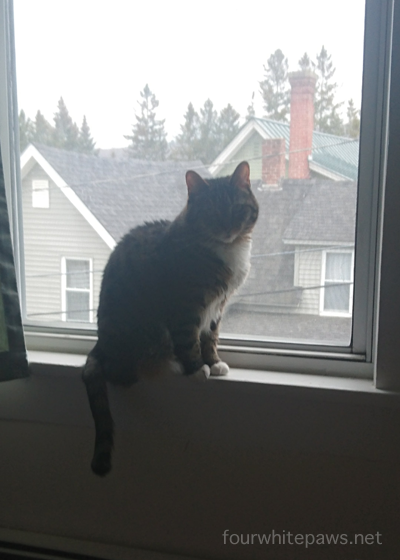 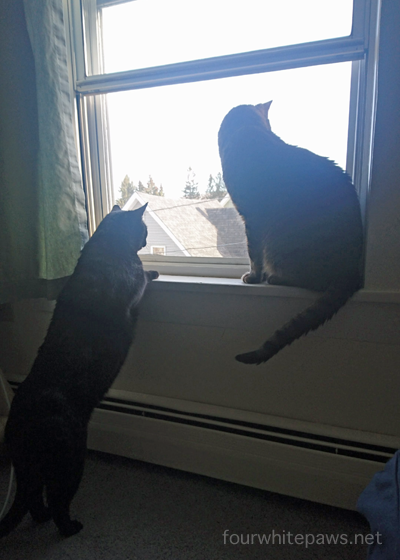 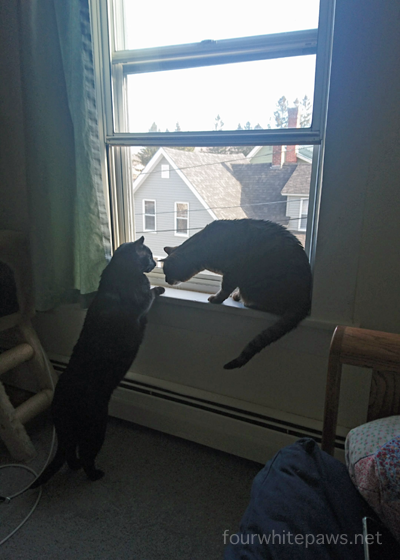 Oliver's smell is quite different now that he's an inside only cat. He used to have a distinctive wood smoke smell but now that's no more. We will always wonder how he got that delicious odor! Everyday, I still take huge delight seeing Oliver enjoy his inside kitty status. I think back to how I used to worry about him so much, those summer nights when we refused to be locked safely on the back porch, I would awake in the night to the sound of him fighting other cats - oh the stress and worry. I spent a tremendous amount of energy worrying about him, so wanting him to be safe. Now, I hope to repurpose all that energy that was once spent worrying about Oliver and focus it on solving world hunger!
Posted by The Cat Guy at 8:08 PM