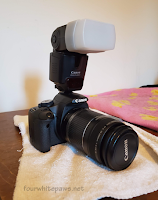 Back in the good old days I had a nice Canon DSLR camera for taking cat pictures. But sadly, in the summer of 2017 there was an unfortunate canoe mishap and the camera went for a swim in Lake Superior waters. It didn't fare so well. After the nice camera died, you may have noticed I posted less often on my blog. It's harder to get nice kitty photos using just a camera phone, but it's all I've had since then. And sometime after that I had some computer problems which made it even more challenging to to blog.


This summer I started kayaking around a little pond not far from the apartment. It's given me opportunity to watch a loon family from a distance - (awesome!!) When I was out kayaking last weekend, I wondered if it might be possible to resurrect my old Canon so I could use the telephoto and get some nice loon photos. That set me out on doing some reattach about how to take apart the lens and do thorough cleanings. Today, I did that deep cleaning and then did some testing. Some of the features of the camera don't seem to work anymore, but others still do. And it looks like the right features work that may allow it to come back to life! Yahoo!! There are some big spots on the telephoto lens that won't come off, but my guess is those will just add a little haze to the photos, hopefully not enough to be a problem for what I'm looking to do. I've got nothing to lose by taking it out in the kayak and seeing what happens!

So for testing the camera, I needed a test subject. Mr. Pierre showed up for that job. We never get to see him up close and the absence of telephoto lens meant not being able to get good up close photos of him. 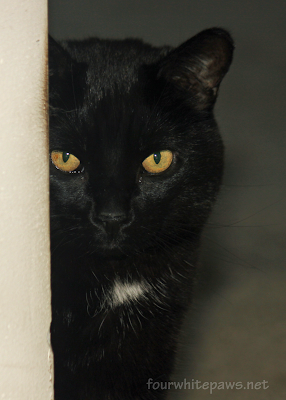 I love his little sweet face! 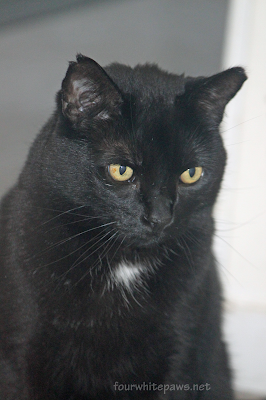 As I started to look at the pictures I had taken, I noticed something. 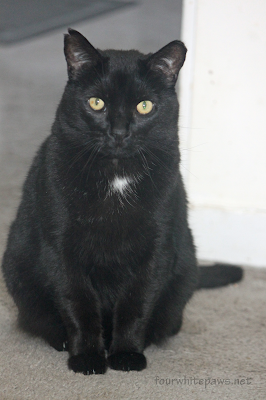 He has a red spot in his right eye. 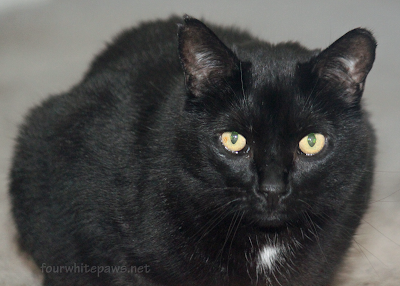 I left most of these photos in their original size,
so you can biggify if you wish to take closer look. 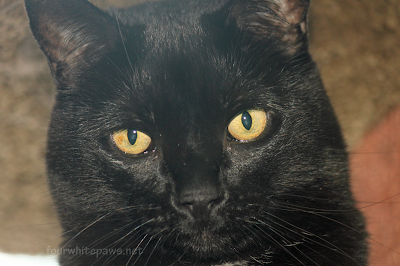 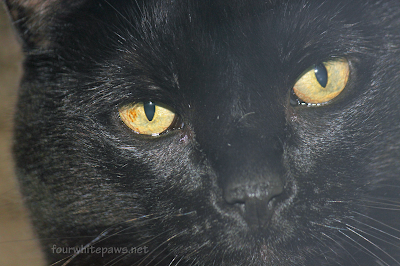 So now I'm worried about Pierre! I've not noticed him having any eye problems since he's been indoor cat. Back when he was an outside cat he would sometimes hold one of his eyes closed and had some clear weepy eye. It usually passed and he would open it again after short time.

I've never seen this before in a cat. It looks like blood vessels in one spot being all red. You can see blood vessels along the edge of his left eye too. Anyway know anything about what this could be? I'm going to email my vet to see if we should bring him in. With him being semi-feral, bringing him to the vet is not an easy undertaking and will require sedation. Which also means treatment may be impossible, especially if it requires regular eye drops. 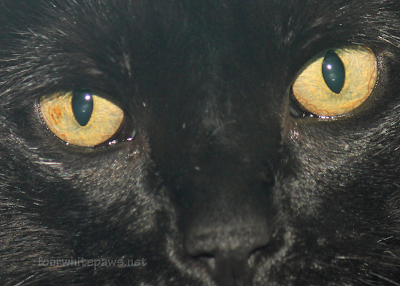 Pierre is our youngest cat, at about 7.5 years old. At his last annual vet visit this past winter (spring?) no problems were found. Hopefully this won't be a big deal - the last thing we need right now is another cat with health problems!