We received good news today from the Internal Medicine Specialist at Tufts. We've been sending her Nahum's blood glucose numbers and today she declared that Nahum is officially in remission for his diabetes! Yah!!!! 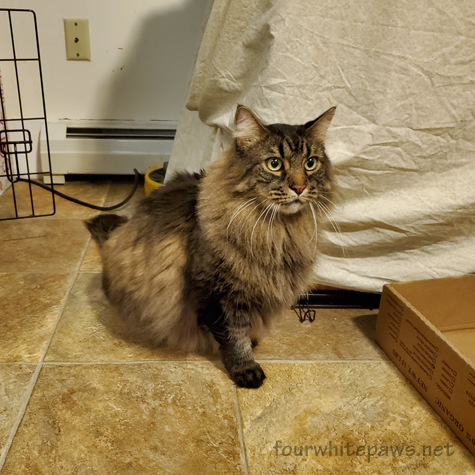 He still gets the nasty OM weight management food that he hates. He needs to drop some weight which will also help with the diabetes. Meanwhile, he got his sporty Freestyle Libre continuous glucose monitor applied today. I was worried he might scratch at it and be annoyed by it but he acts like he doesn't even notice it's there! 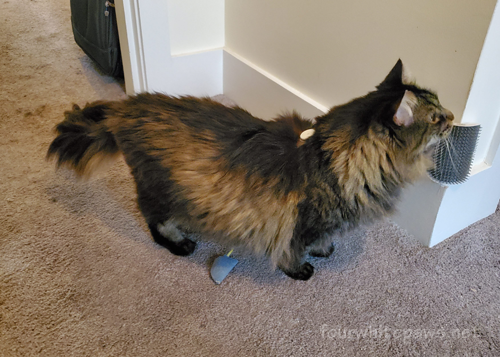 It makes getting his numbers really easy, I just wave the reader over the sensor and get an instant number. We are collecting as much data as we can so we can tweak treatment if needed. The data from the reader gets transferred to software that makes nice charts and graphs. 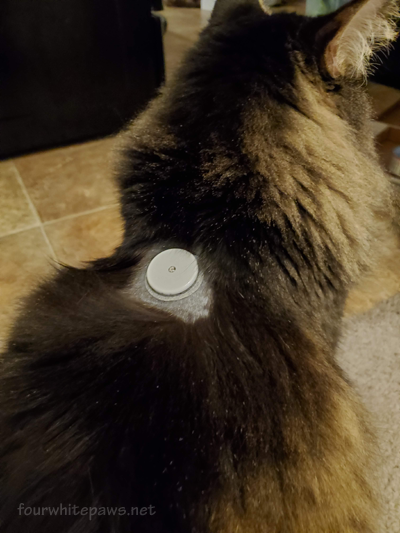 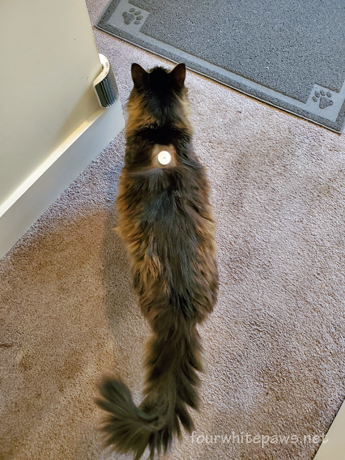 The sensor last for 14-days. Our vet who applied it had never done one of these before but she was happy to learn. She seems worried about it staying in place, but with Nahum not bothering it, I think it will be fine. The IM Specialist said even if we only get a few days worth of data, it will be worth it.

I'm so happy that Nahum has responded so well to treatment! His personality has completely returned to his normal self! Go Nahums!!!

We learned that Theo has heart disease. We are waiting until he gets off a medication so we can test his blood pressure, that should happen next week. Once we have that information we'll have a better idea of treatment.