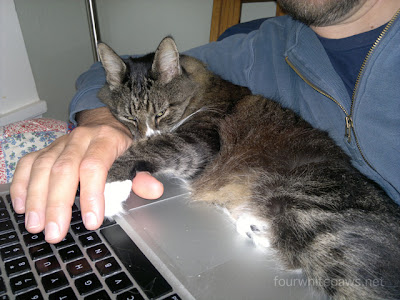 Buddy, my blogging buddy!
I'm worried about Skootch from Cattywumpus, he's having some sort of health issues which is causing him great distress and the vet is having trouble figuring out what's going on. Please keep Skootch and his humans in your prayers.

Theo's a popcorn fanatic! He loves anything corn! Whenever Laura has popcorn she always saves him some which he just loves. 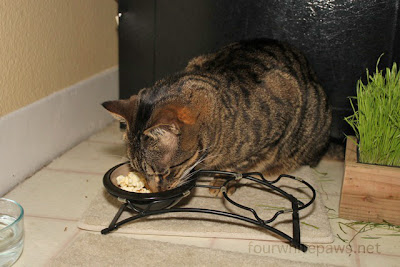 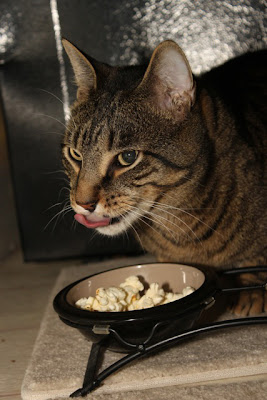 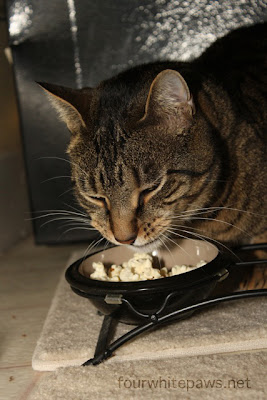 This morning as I was walking into town to meet a friend for breakfast I discovered a deceased beautiful ginger cat, in the grass near the sidewalk. It appeared as though he had been hit by a car and someone moved him out of the road. I had to stop and give thanks for his soul while my heart filled with sorrow. I wondered what to do with his body. Just leaving him there didn't seem like a good option but I wasn't sure what to do. Later, I called Animal Control and they said they would come retrieve him. 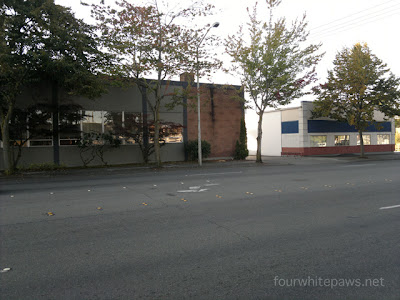 I had planned to come home from breakfast and get some work done, instead I brought Oliver inside and snuggled him close for a few hours, giving thanks that he was alive and well. Having outside cats causes me much stress as I worry that someday I will find one of them dead in the road. I still fear the worst for Brown Kitty, who hasn't been seen for almost two weeks. Rather than focus on such thoughts, I held Oliver close as I watched him breathe and sleep peacefully in my arms.