We got back home last Thursday afternoon and I've been trying to get settled back into the usual routines while also starting a huge remodeling project on the house. This project is consuming all my time as it is rather extensive, certainly the biggest house project I have ever taken on. Even though the project doesn't directly involve the cats, I'm sure I'll be able to connect it somehow! Anyway, I haven't had time to report about our trip or the conference I had the pleasure to attend. Stay tuned, someday I will get to that!

Meanwhile, I learned from Mike, Hershey's human that today is Hershey's 6-month Gotcha Day!! Here's the update from Mike:

I just wanted to drop you a line and send you a few Hershey photos.

July 30 is the six-month anniversary of Hershey coming to live with me. We're still having a blast with each other. Hershey is as playful as always although in six months he's become more bold and demanding. He still loves Da Bird toy although since it's summer he's spending a lot of times in the windows staring at the real birds. He's gone from a shy to a quick eater and he's always trying to steal my dinner even though he gets fed first. If he wants something he speaks up and lets me know! He also likes to take over new spaces, in one of the photos you can see I had a card table out and he took over the top! 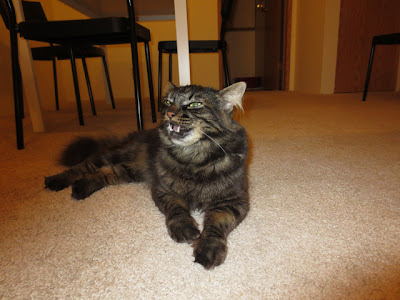 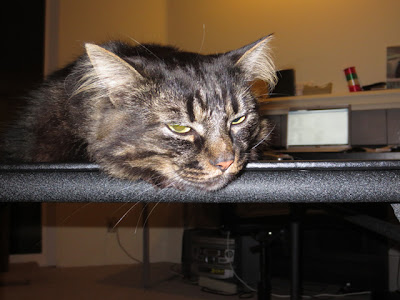 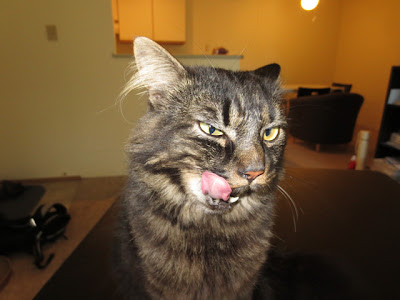 It sure seems like Hershey's living the good life! Yea for him and Mike, and yea for 6 great months of gotchadom! Here's to the next 6!