To circumvent future nugget raids, I came up with the brilliant idea of just turning around the bins so the latches faced the wall. Simple and effective. 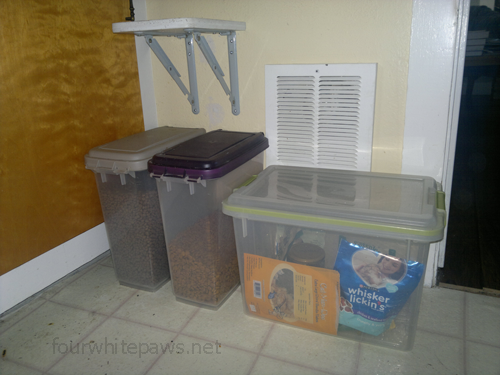 And guess what? It was completely ineffective. Laura came home to find... 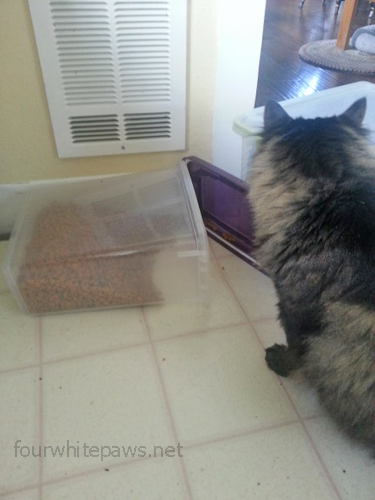 The bin had been raided once again.

Surprisingly enough, when kitty dinner time came around, only Buddy expressed any interest. I'm not surprised that the boys would do such a thing, but the girls too?! I'm so disappointed that Willow would have taken part in such a thing, she's better than that! But she had no interest in dinner, so she's as guilty as the rest!
Posted by The Cat Guy at 9:00 AM