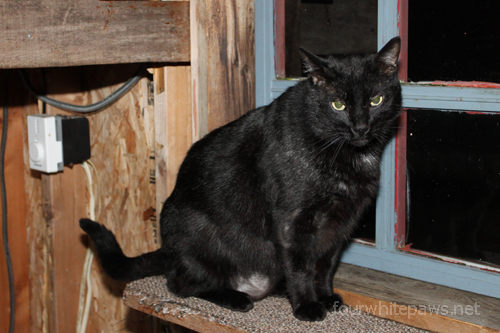 I'm super thankful that we're not getting a blizzard right now, that would really crank up my stress, imaging MK being out there with all that horrid weather. We've actually had a few very warm and sunny days. Thank you everyone for your continued care. I'll let you know the minute I learn something new.
Posted by The Cat Guy at 9:30 AM