I took Oliver in to the vet a few weeks ago to discuss getting him started on Prozac to try to curb the spraying. At the vet's office, he just purred and purred and was super lovey. The vet said he is the most perfect cat ever. Ok, maybe that's not a direct quote, but it was something like that. 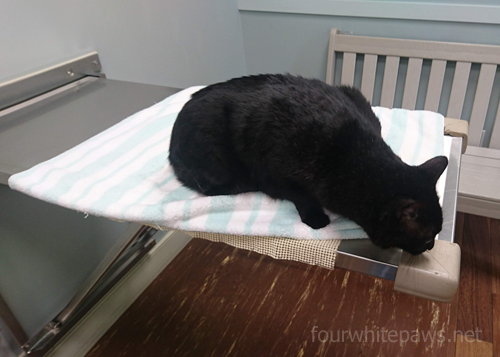 The vet agreed to try him on Prozac, so he's now happily medicated. I think it's working, as I don't think he's sprayed outside the litter box since. (Spraying in the litter box feels like a good compromise to me.)

Around that same time, we made a few other changes too that might be contributing to the success. We installed some window fans up high so we could keep the lower windows closed, that way he could see the community cats but not smell them and hear them as easily. 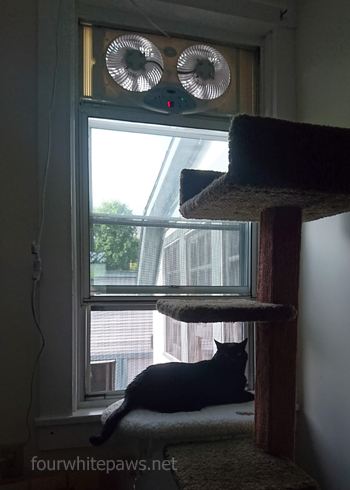 We also installed these K&H Thermo Kitty Sill (cushy window perches) in each window. It seemed Oliver was always in the window that Theo wanted, which caused Theo to act out against Oliver - so we hoped by creating more desirable spots, they would be more options and less tension. I still believe that Theo never forgot that years ago when Oliver showed up, Theo lost his back porch access, because it became Oliver's space. 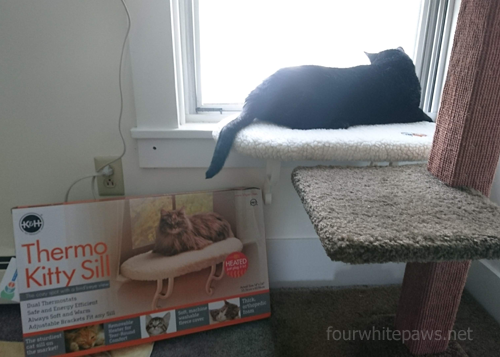 These window perches are awesome! They come with a heating pad, which will be amazing for winter time, for now we just slipped those out and set them aside for future use. 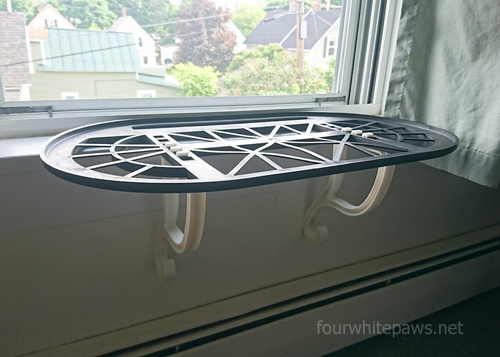 The frame is plastic and three screws into the window sill keep it in place. 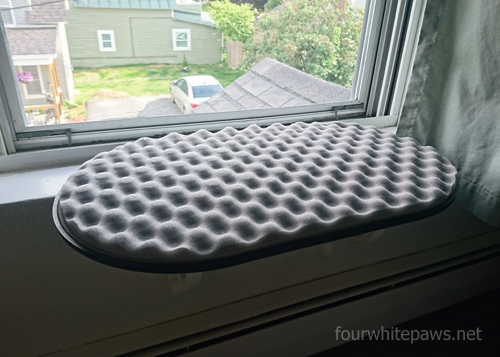 Then comes the cushy layer and finally the fleece cover. 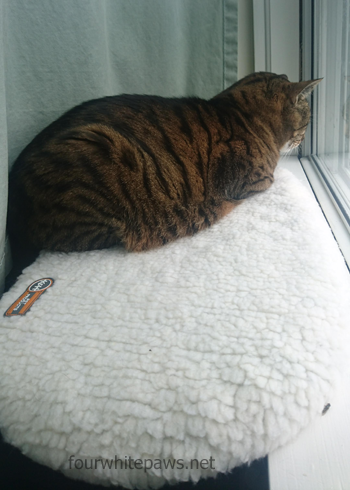 With the medication and these improvements, we've been experiencing more kitty harmony and no spraying from Oliver. Yah!!! May the peace continue.