For most of the 7 years I've known Oliver and his family, they have been outdoor cats. That made the 4th a very stressful evening. I would worry and stress about them getting scared by the fireworks and something horrible happening (like darting across a busy road in fear). It eventually did happen to MK and he disappeared for a week one 4th.

Each year I would work to get them corralled on the back porch, so I could at least secure them in a safe space. But then they would be so scared by all the crazy sounds.  I had taken to bringing Oliver into the mudroom and throwing down a sleeping bag on the floor so I could keep him company during the long night. He would cuddle in when he got scared by the sounds. Pierre had to just endure on the back porch.

Today things are so different! Amazing the difference a year makes! Oliver and Pierre are inside cats!  So for the first time since knowing them, no stress this night!

Here is the scene this evening: 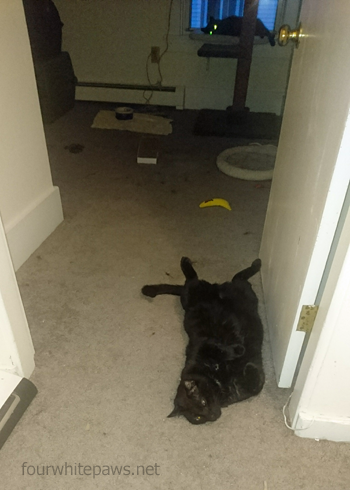 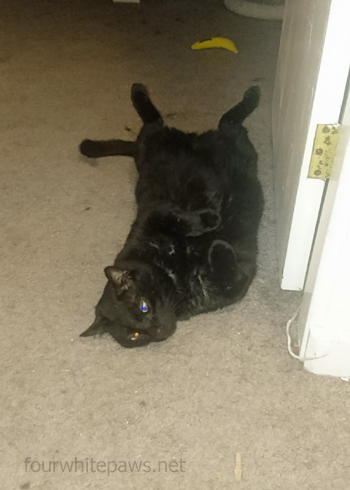 Indoor kitty life is really agreeing with these boys. Later as the fireworks started going off more, Oliver was actually in the window, curiously watching. 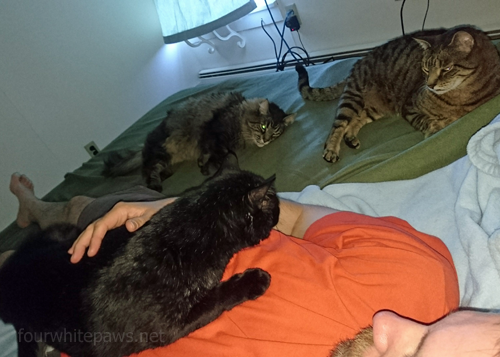 Earlier, we celebrated the day with a good cuddle on the bed. 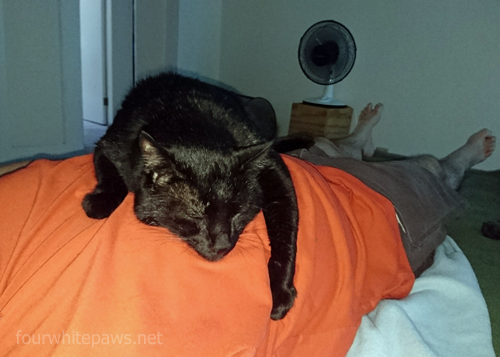 We've been in the middle of a forever long hot spell. We've tried to manage it with fans, but it's been so blazing hot in this upstairs apartment. The poor kitties have been miserable, especially fluffy Nahum. 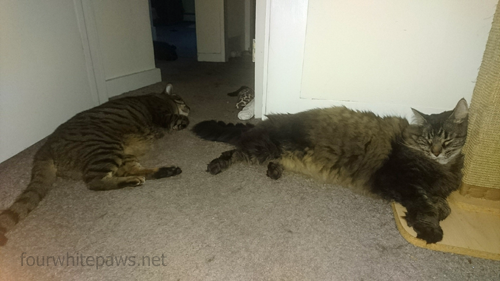 There have been lots of melted, stretched out cats all over. They particularly like the cooler vinyl flooring in the kitchen and bathroom. 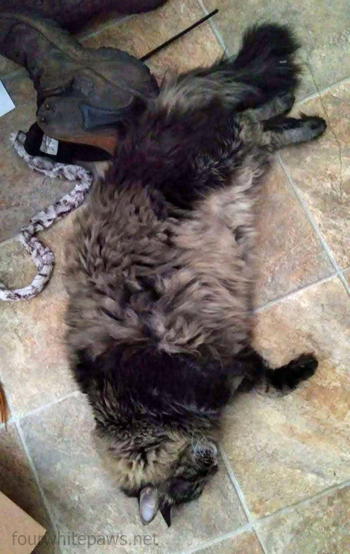 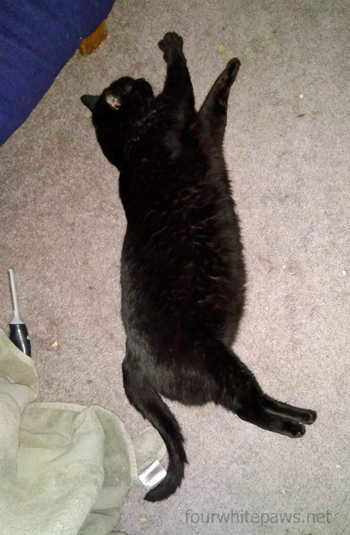 You know it's hot when Mr. Havanna stretches out. He most always curls up in a tiny ball, but he's taken to laying more like a normal cat lately. I did have to unplug the heating pads because even though it's been in the 90's in the apartment he still wanted to sleep on his heating pads. Crazy Marvin! 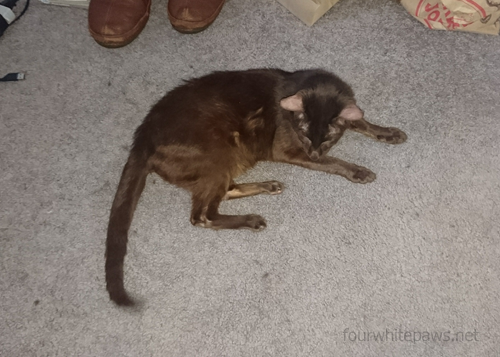 Uncle! Enough! We went out today and bought a used portable air conditioner. It immediately made a huge difference and it's actually comfortable in here now.  Yah!! 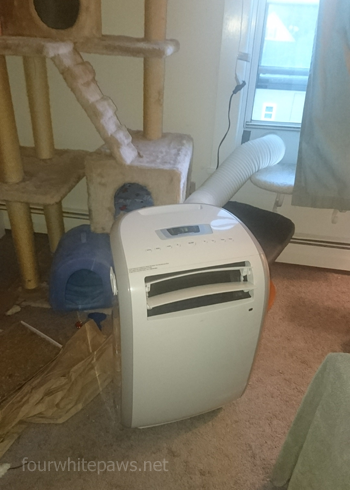 The cats (and humans) will sleep better tonight!