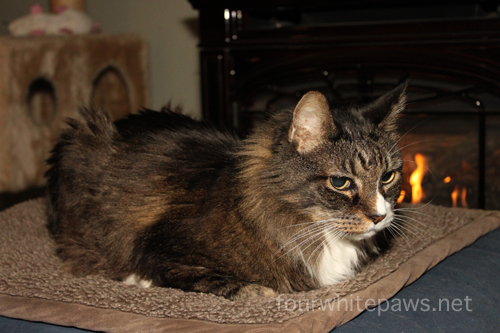 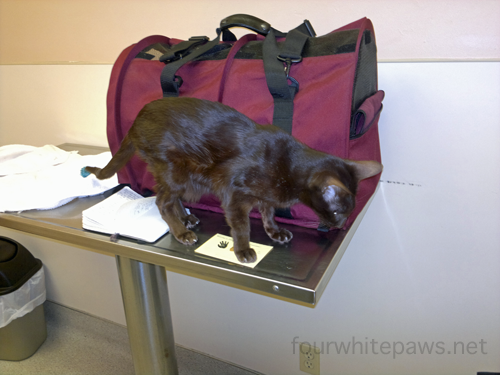 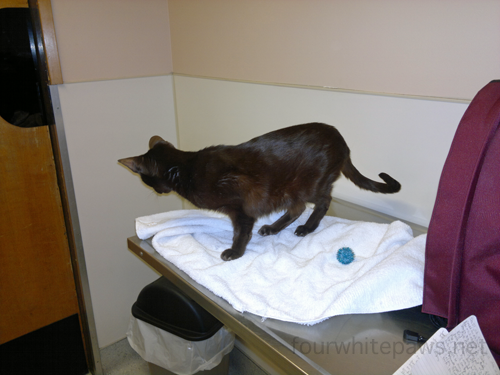 Mr. Gotcha Day-Theo didn't take kindly to Oliver being inside on his special day, but I made him cope, as poor Oliver rarely gets inside time. I've been giving Oliver a little more inside time lately, usually in the form of holding him, while walking around the house. I so wish he didn't urine mark, then maybe he could become an official inside kitty. I've tried lots of things to get him to stop spraying, but he's so territorial. And of course, if Oliver came inside, then Pierre would need to come inside too. Theo doesn't like having Oliver inside, I can't imagine he would like Oliver's son being inside too!
Posted by The Cat Guy at 9:30 AM