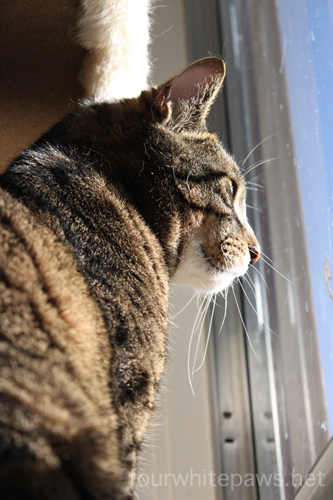 Theo is quite the cat - he keeps us on our toes - he's still very fixated on food, so any unattended food gets claimed by him. Sometimes he stretches the definition of unattended to mean human food stored in the cupboards or food that's locked away in the latched and secured kibble bins. Theo still eats his meals in solitary confinement (locked away in the bathroom). When he's left out in the general population, he can't help himself and must eat Nahum's food. 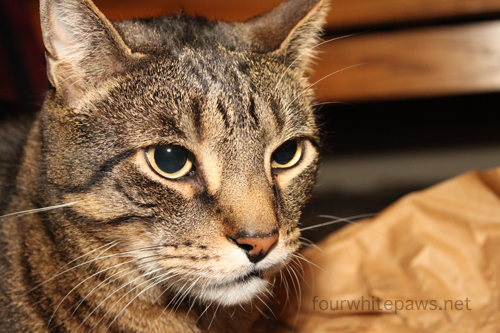 He's about seven years old now, and each year he grows more and more cuddly. He loves to be held or to cuddle in a lap with his front paws perched over an arm. He's probably our most emotionally sensitive guy. He wears his emotions right out on his furs. 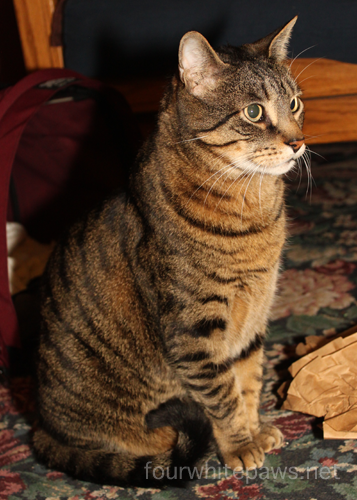 Our lives would be very dull without this guy's huge personality. He's a character for sure! I'm grateful for his presence and his quirkiness, even when it drives me bonkers! Here's to six wonderful Theo-filled years!!!