Buddy's always been a picky eater, but now as he gets older his finickiness is growing, as his weight is dropping. So, I'm always looking for more creative ways to get him to eat. He really likes saucy food and doesn't care for the chewing part as much. He loves to lick up the sauce in Friskies shreds or the sauce in Fancy Feast Gravy Lovers foods. He's never been into healthy food and that's more true now than ever.

He loves people food - bacon (his all time favorite!), tuna, chicken, cheese, etc. He's becoming quite the pest come dinner time, with his getting up on the table and begging. He doesn't take no for an answer! Anyway, I had an idea - what about getting a mini-food processor and blending up some custom foods for him. This way I can mix in some of his favorite human-foods into cat food, making custom flavors and food that's more saucy.

I found the perfect thing at the local Goodwill - a Small Cuisinart Stick Hand Blender with Whisk and Chopper Attachments for $15. The container is the perfect size for cat food. 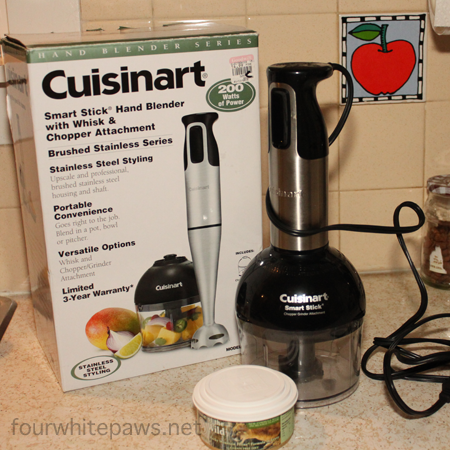 For this smoothie, I used a half can of Taste of the Wild wet food (which Buddy refuses to eat, cuz it's chunky and too healthy) and added some sliced cheese-product (which Buddy loves!) 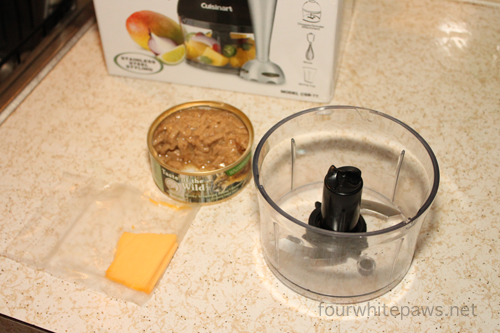 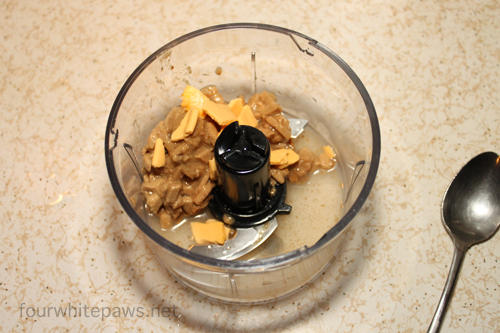 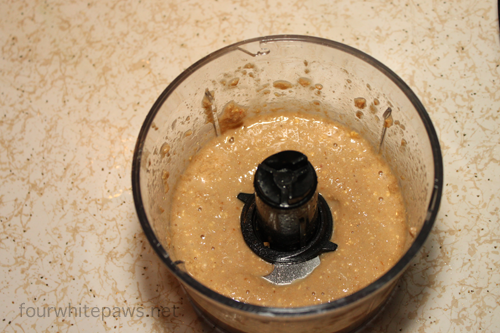 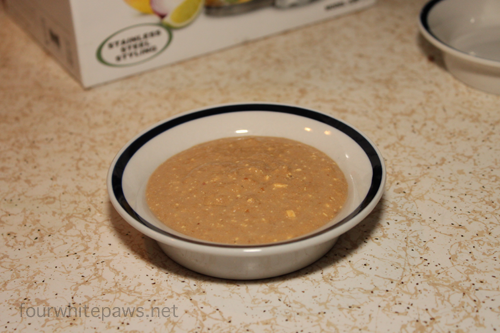 Now comes the test - will he eat it? 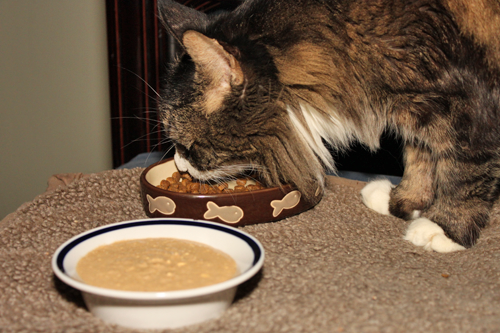 That is a no! So, I bring out some Purely Fancy Feast tuna to see if maybe he'll eat that... 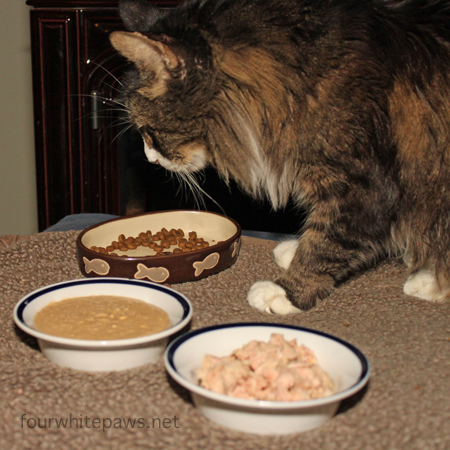 After two bites of dry kibble, he turns his back - he's done. Sigh. 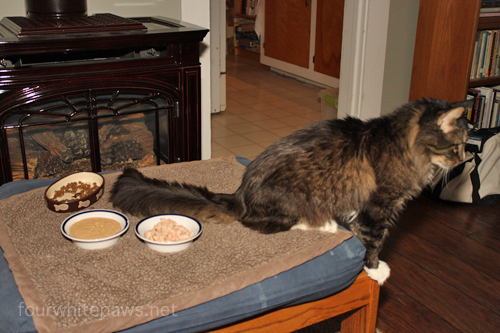 Since he rejected all of his options, this is one of those nights where he just wasn't gonna eat, no matter what. He has eaten other smoothies I've made using Friskies or Fancy Feast as the base. I knew trying the healthier stuff was a risk. This smoothie won't be wasted as Theo and Nahum will happily make it go away!
Posted by The Cat Guy at 9:30 AM