Thanks to Neko Flies, the kitties have a new bug toy! I recently won a Neko Flies giveaway! The timing was perfect, my Kragonfly has finally expired so I was in need of a new bug toy.

I got the Kittycada this time. All the cats were immediately interested, but Theo couldn't contain himself while I tried to remove the toy from the packaging. I held it way in the air and he was jumping like a crazy cat! 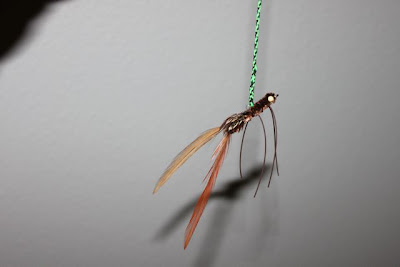 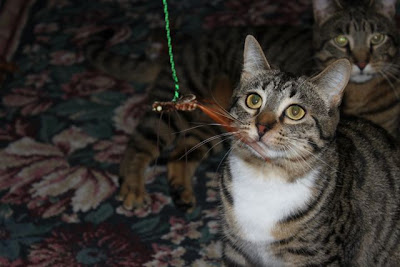 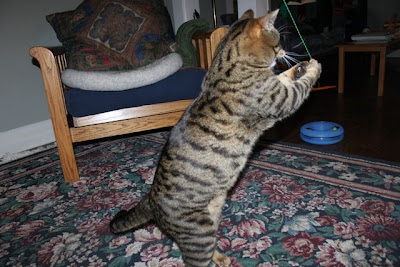 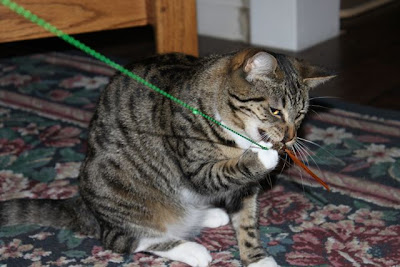 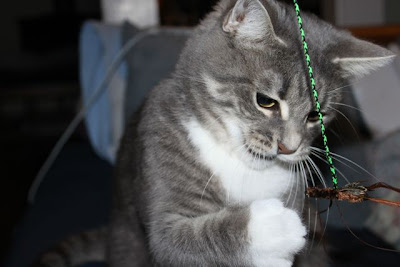 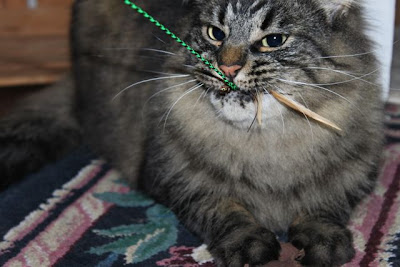 Nom nom nom...
The Kittycada is a big hit. Shortly after bringing it out, Willow started to chew on it and I heard a big crunch. She started to act like something weird was in her mouth, I feared she had broken a tooth. Turns out, she had chewed off one of the hard plastic eyes of the bug, which was a little smaller than a BB. I immediately plucked out the other eye. I don't remember the Kragonfly having hard eyes, but maybe it does. 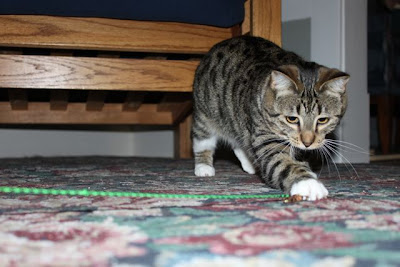 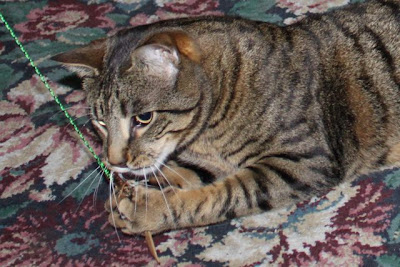 Thanks Neko Flies for making such great bug toys!