Early Tuesday evening I looked out the window and saw three black cats hanging out in the yard. Nothing new here, this is a common scene. Since there was still some light, I decided to snap a few photos. I've been wondering for a long time if there are more than four cats in Oliver's family, perhaps there are like 25 black cats that all look the same and they have an agreement to only come in pairs so as not to blow their cover!

Anyway, as I was looking through the photos, I once again ran across a cat whose ear doesn't look like the others. So, again I ask you: Is this cat's ear tipped? The lighting was not great, so the picture is a little fuzzy. 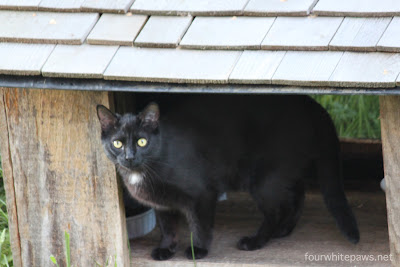 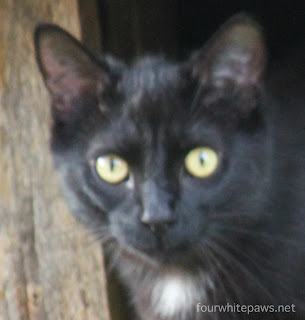 A close up of the cat. 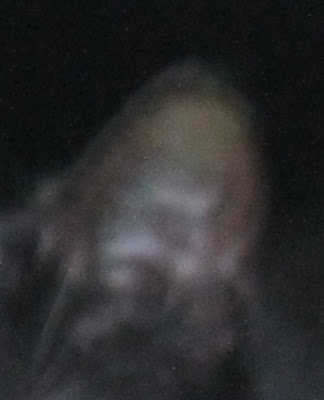 A close up of the ear.

It looks UN-tipped to me, as I see a rim of black around the left ear just like on the right ear.

Now, it's your turn to tell me what you think by voting.

Tipped or not tipped?

You might remember that back in April I asked the same question from a picture I had taken of a cat on the back porch. Here is that picture side by side with this new one. Is this the same cat? They look different to me. 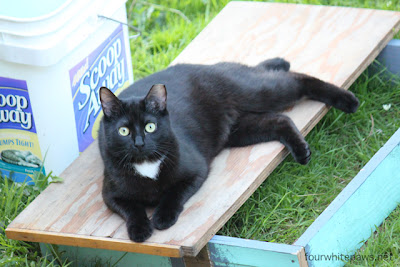 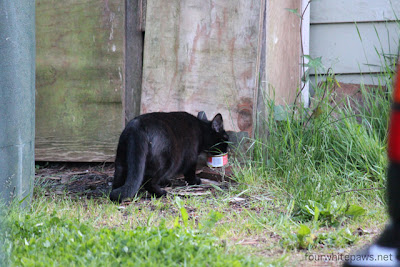 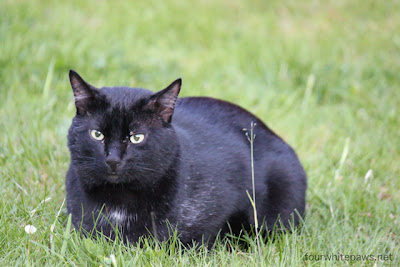 Oliver's ear is not tipped due to him being more of a friendly pet than a feral.

With at least four black cats that all look very similar, I'm trying to figure out how I would trap the one in question to investigate further. Meanwhile, I'll keep an eye out for this one to see if I can get some clearer pictures that might solve this mystery.

Email ThisBlogThis!Share to TwitterShare to FacebookShare to Pinterest
Labels: Oliver, The Family, Vote