Good news! The Budster did just fine with his surgery! Yea!!!! 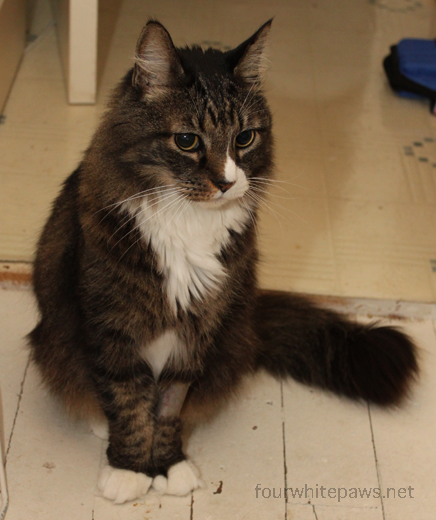 He's home and a bit unsettled after his day at the vet. He's also stoned - they gave him a long acting narcotic pain med and I think he might be the happiest one in the house at the moment! I'm wanting some of what they gave him.

I figured they would need to shave him for the surgery, but nope, somehow they did it without taking any extra furs - he only lost some furs on his front paw for the IV. I also feared he might come home with a cone of shame, but no shame and no cone! He's looking really good and is as cuddly as ever.

Thank you everyone for all the purrs, prayers and crossed paws. We now await the more thorough lab results from the tissue that was removed. I'll keep you posted.
Posted by The Cat Guy at 1:29 AM