With the featherless sparkle strands toy being Nahum's favorite toy in the world, we go through them rather quickly. It has been quite helpful to be able to build my own. With the existing sparkle toy was in fairly sad shape, it was time for a rebuild. So, I locked myself in a room away from the cats and went to work. A few minutes later, Nahum had a new toy to enjoy. When he saw the new toy his eyes got big and he start jumping around eager to play. 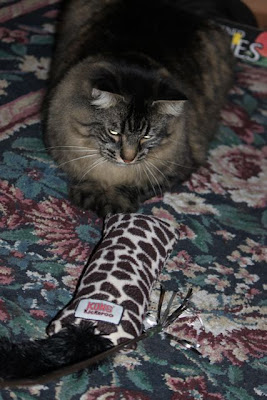 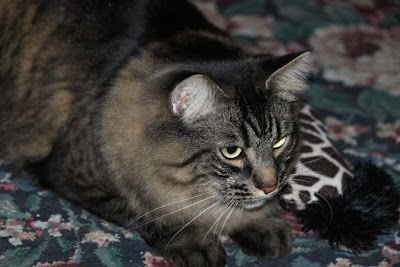 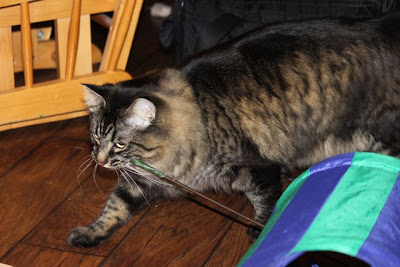 Once captured, he loves parading around with his prize. 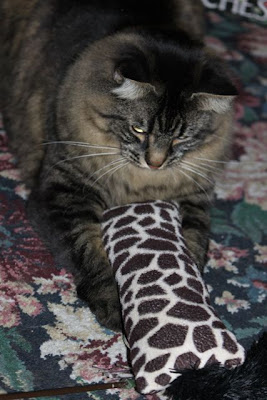 Back to hiding the toy under the Kickeroo. 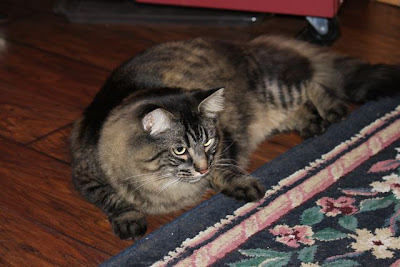 After awhile, it is time to rest and watch Rose play. 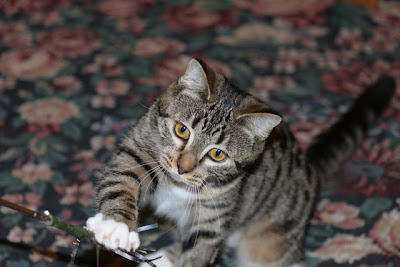 Rose also loves the sparkle strands toy,
although so far I haven't found a toy she doesn't love. 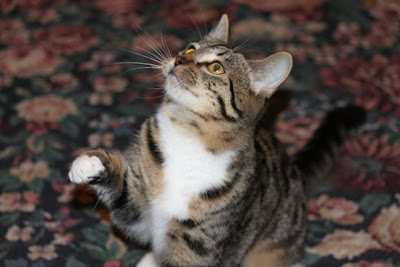 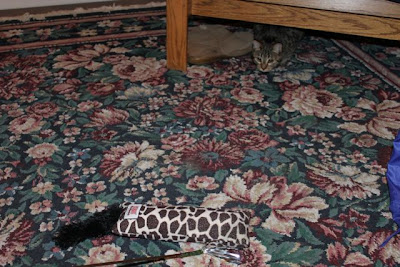 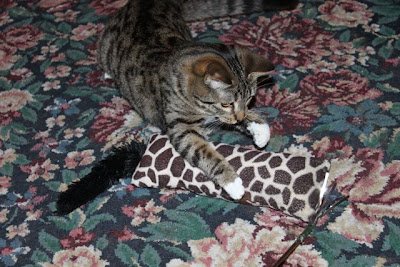 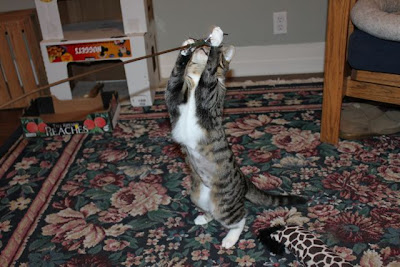