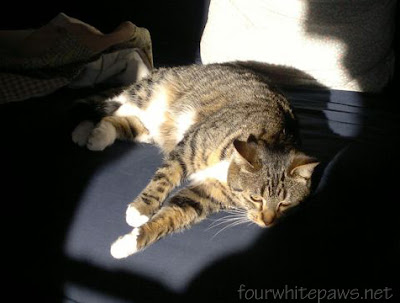 A parting thought: If neutering cats makes them more friendly, might the same be true for humans? Just wondering.
Posted by The Cat Guy at 9:00 AM