The plan went well, Oliver was twice allowed inside the house to explore the first floor while all the regular kitties were locked away upstairs. I followed him closely, ready to intervene at the first sign of a quivering tail. 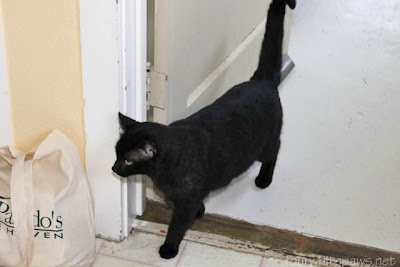 He waltzed in like he owned the place and seemed perturbed that it had taken so long to get back in. 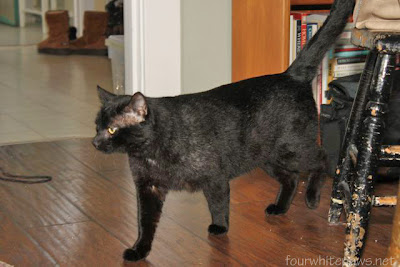 He frequently kept his tail high in the air, which kept me on edge, watching for possible spray. 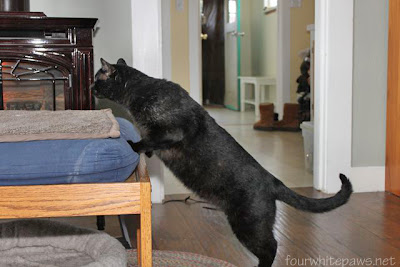 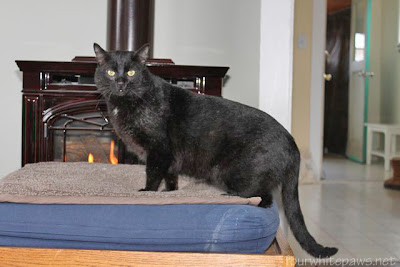 Everything had to be explored and cataloged. 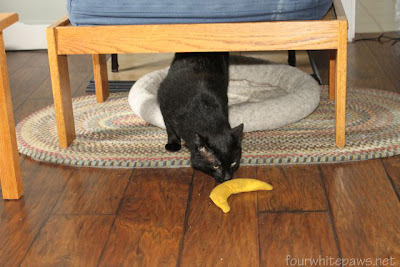 Oliver really has a thing for catnip. He LOVES it! The catnip banana is a favorite of the inside kitties, so I didn't want Oliver getting his scent on it, so I grabbed it away before he could get going with it. 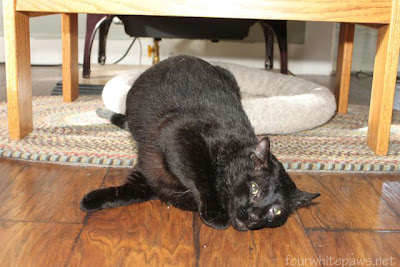 That didn't stop him from enjoying the catnip-banana residue on the floor. 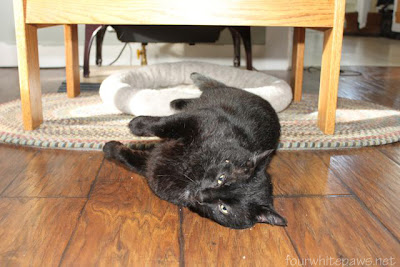 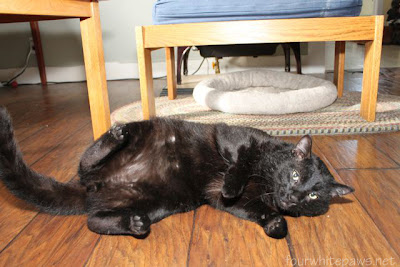 He's not looking very stressed even though this is the first time he has even been in the dining room. 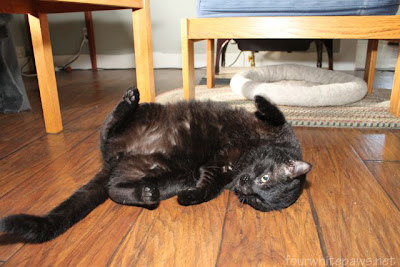 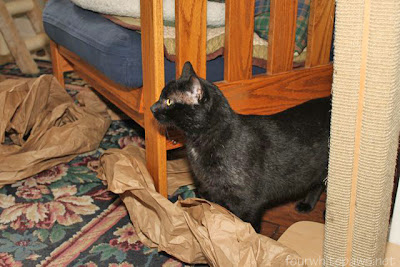 The morning exploration lasted for about 20 minutes before he sprayed and thus got escorted out. I actually share part of the responsibility for him spraying. He sprayed the trashcan, which was filled with inside cats' pees and poops that had been scooped from the litter box but not taken out yet. Yea, that was pretty poor planning on my part, not disposing of that before letting Oliver in. Live and learn.

Oliver was a lot more active in his evening exploration. He got up on all the furniture including several trips on the large cat tree. He rubbed his head on everything, making everything his. 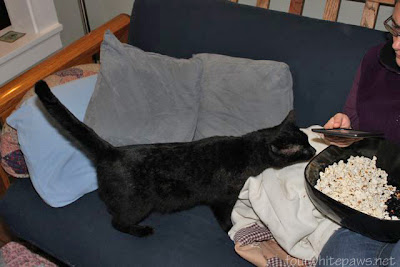 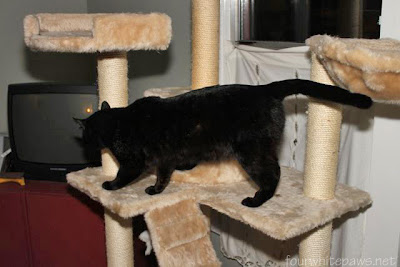 this is awesome! furniture for kitties!! 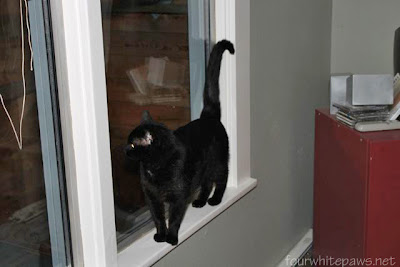 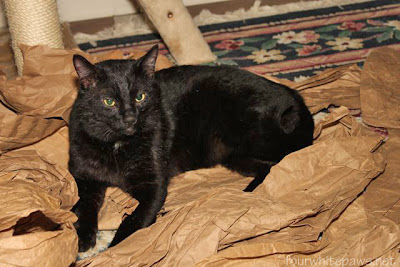 From all these pictures, it sure appears as though Oliver is pretty comfortable here.

The evening exploration went for about 30 minutes before he sprayed. I interrupted him before he got really into it, but he did manage to get some out and on the furniture - ugh! I'm really not sure what to do about the spraying, that is a significant problem which means he can't be left unattended inside.
Several of you suggested the calming pheromone collars. I might try one on Oliver and Buddy, but last time I tried to put a collar on Oliver, he didn't take to that well. I do have Feliway diffusers in several rooms and I spray the Feliway spray all over prior to exploration. Cattywumpus asked if Oliver has been neutered, and yes, he has been back in November. The vet said some cats keep marking out of habit if they started before castration, Oliver seems to be one of those cats.

I think I may still try an introduction tomorrow between Oliver and Theo, but I'm not really sure why. I have to get the spraying issue resolved before I can consider him coming inside to live. Part of me wonders if he is spraying because he smells the other cats who live here, and maybe if he was an only cat, he may not feel the need to spray.

Now that he's tasted a bit of the pampered inside-kitty life, I'm sure he will intensify his campaigning to be let back inside.

Once Oliver was safely back outside, I released the other kitties. They curiously explored all the interested smells, but otherwise didn't seem to care that a strange kitty had been in their space.
Posted by The Cat Guy at 12:42 AM