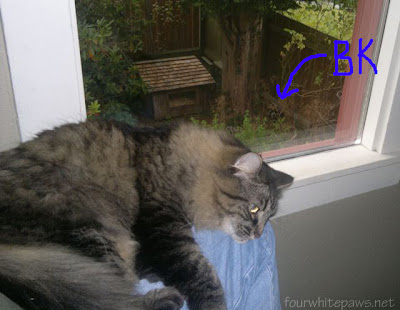 I sure hope this is a sign that he's feeling better. I'm not sure I can take another day filled with so much worry and misery.
Posted by The Cat Guy at 1:17 AM