I got the idea for this new toy from

Playtime for Cats: Activities and Games for Felines by Helena Dbalý and Stefanie Sigl. I love this book because it has many great simple cat toy and game ideas.

This toy is made from a bunch of toilet paper rolls and an old tissue box.

A string or ribbon is threaded through two holes on the back so that it can be securely attached to a piece of furniture. I used a piece of string as it was easier than fighting Nahum for ribbon (Nahum loves string but he goes bazerk over ribbon!) I used a hot glue gun to attach the tubes together and to the sides of the box so nothing moves around. Be sure to start with the string or ribbon because trying to install it after the tubes are glued is a pain (learned that from experience!) I had to sequester myself when making this toy because the dangling string was too much for Nahum to resist - putting this all together with him attacking and pulling on it was too much! 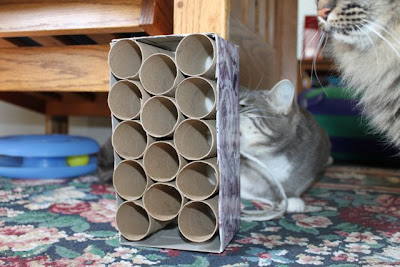 The basis for this game is simple. The cat must figure out how to extract the treat from the tube by using their nose, eyes and paw. They can see and smell the treat in the tube but to get it they must figure out which tube to stick their paw into to pull it out. I loaded the toy up with a handful of dry nuggets and immediately the fun began. 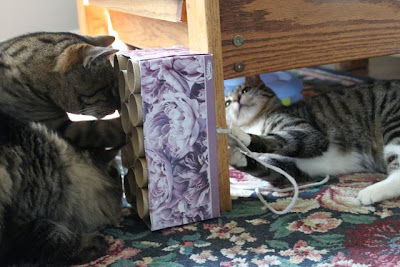 This toy really appealed to Theo, since he is so driven by food. Nahum was also interested. Willow and Rose enjoyed playing with the string on the back! They would have played more with the toy if Theo didn't hog it. Maybe next time I will let them each take solo turns with it. 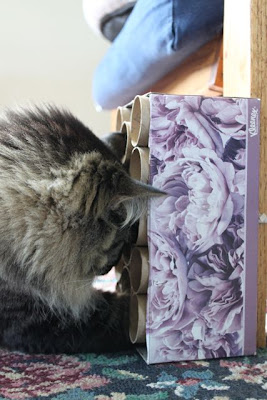 The tubes are just the right size for a paw, even one as big as Nahum's! 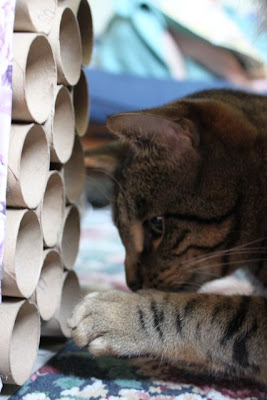 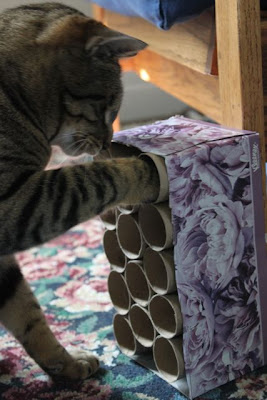 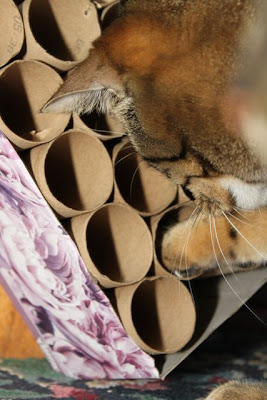 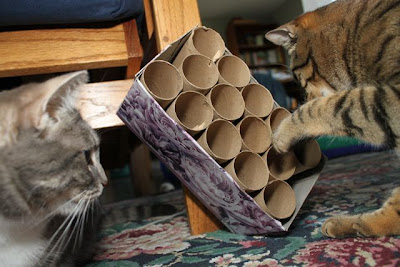 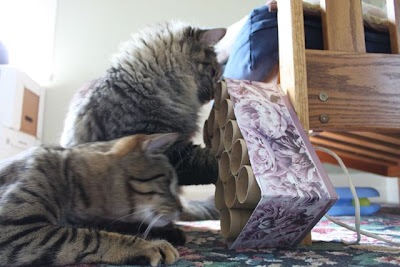 With my cats, this is a single use toy - they mangled it! We all had a full morning of fun. It cost virtually no money and about five minutes of time. 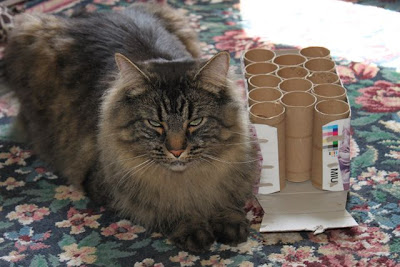 Nahum likes posing with his treasures.