I just got back from the fourth annual Northwest Pinball and Gameroom Show in Seattle. Over 400 pinball and arcade games available for play! It was quite the walk down memory lane. Most of the games had long faded from my memory. I discovered that all my pinball and gaming skills are also long gone!

There was a cat themed pinball game, Bad Cats by Williams. 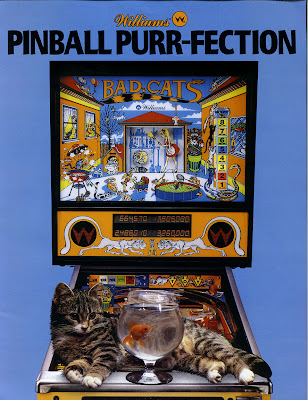 from original promotional flyer (there were no live cats at the show!) 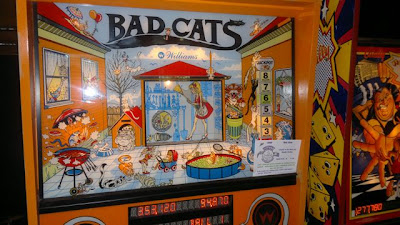 The art on the backglass depicts an animated anorexic woman in a short skirt hitting a cat with a broom. Perhaps a S&M reference? 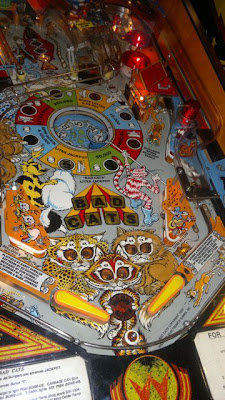 I didn't count the number of cats depicted in this game, but there were a lot! My favorite part was the "Curiosity Spin".
I saw another pinball that had a cat reference, Big Game. 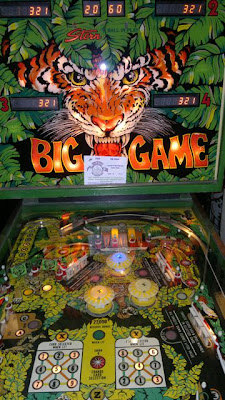 A big tiger.
This game had nothing to do with cats, but rather Doctor Who, one of my favorite sci-fi shows from childhood and a show I continue to enjoy in it's newly invented form. 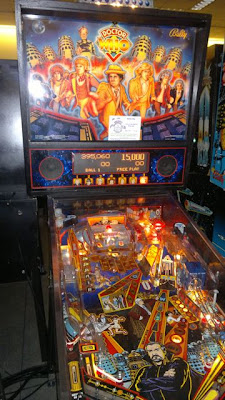 I know what I will be doing again next year! Going back to the show!