a year of Rose

I can't believe that today marks one full year of having Rose in my life. She went from being a little bundle of fluff to a big kitty! 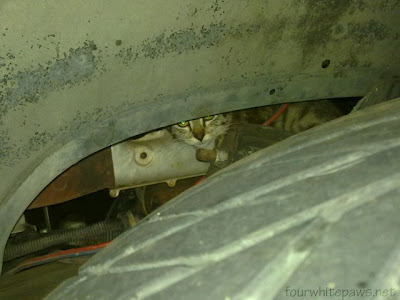 Rose, ~8 weeks old, hiding in the engine compartment of a truck in front of my house. 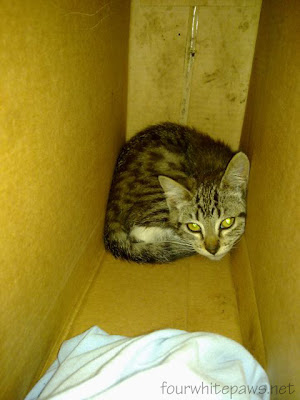 Dirty, scared and desperately trying to disappear in the box.

Rose has come a long way in a year. Since day one, she has been very scared of humans, even the two who take care of her. She typically is always on high-alert when humans are moving around, panicking when a human gets too close.

Over the year she has mellowed quite a bit. She still doesn't like to be handled or touched unless she invites it. Invitations only happen when she is warming on the stovetop or on the dishwasher. She has a very particular meow-squeak-type sound she makes when she asks for pets. On a rare occasion, she will even roll over and ask for her tummy to be rubbed. 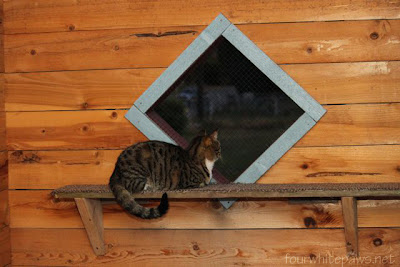 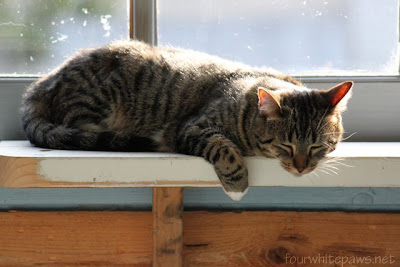 Even though Rose has grown in size, she hasn't lost any of her cutes. She still loves to play and cuddle with Nahum. She also has a flare for drama. When a human gets to close, she scurries away like her tail is on fire. 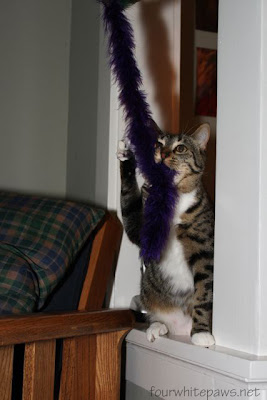 The feathery wand toy is one of her favorites.


Rose feels like a mystery to me. Even though she has been living here a year now, I still don't feel like I really know her much. She's active and around but not accessible. Recently, I have noticed a huge change in her skittishness. She is taking many more risks, being alert but not immediately jumping away when a human walks near her. There has even been a few times very recently when she has allowed a human to touch her while she is on the floor.

Then, the other day and just now as I was writing this, she did something she has never done before, she approached me for pets when I was sitting on the couch. She pulled a Buddy and walked across my lap/computer several times asking to be loved on. Wow, has this little girl changed!! Such delightful moments. Go Rose!! 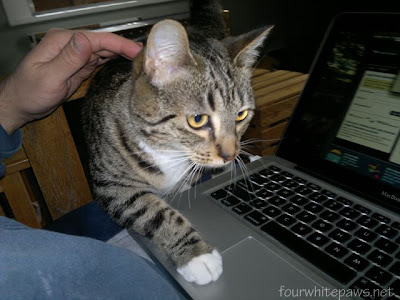 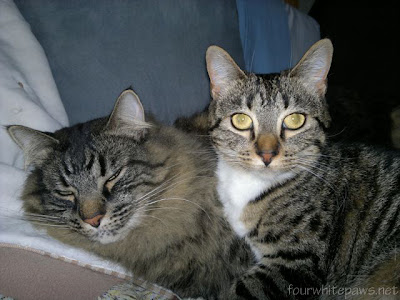 After the lovey moment was over, she went on to the one she desires most of all, her fluffy, cuddly Nahum. The way her comfort level is increasing, maybe in another year, she'll be a lap kitty! I can hope!

I'm thankful for her, especially considering if I had taken her to the shelter she would have been put down when the shelter got infected with Feline Panleukopenia Virus (FPV). She's a joy and a keeper!