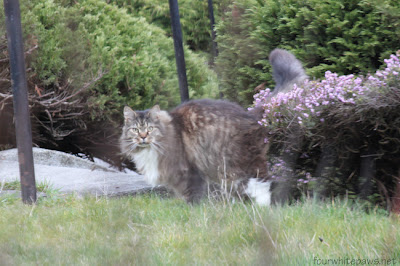 And a wonderful note to end on. Laura was going out for an afternoon walk today and Oliver asked her to pick him up and snuggle him! That's never happened before, he's only wanted me to hold him - so that's pretty exciting! He's warming up to her. Yea!!
Posted by The Cat Guy at 1:43 AM