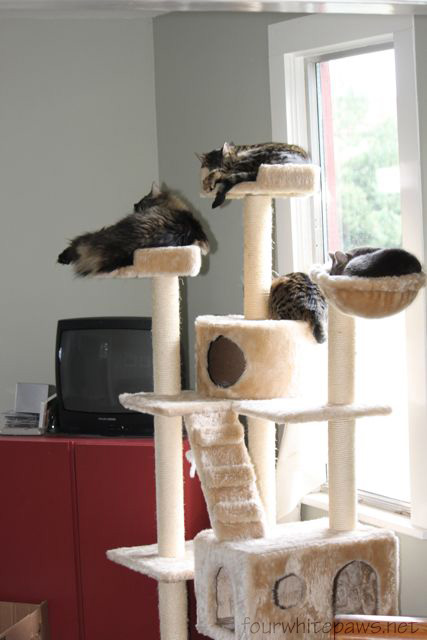 Seeing how calm Oliver was at the vet a few weeks back has given me more courage to go forward with the introductions. I think I just fear some kind of blood bath unfolding while I look on in horror. This introduction seems quite different than the others because Oliver is already acquainted with me, the house and to some degree the cats. I just need to get over the fear and let him meet Theo and Nahum on his own four paws, while I watch with water pistol, long handled broom and thick leather gloves in hand.
Posted by The Cat Guy at 9:00 AM