The new raccoon-proof feeder is working great. Although I don't think the raccoons share my joy with how well it's working. A gang of black-masked marauding coons paid me a visit early this morning and trashed Oliver's porch to protest the new feeder. 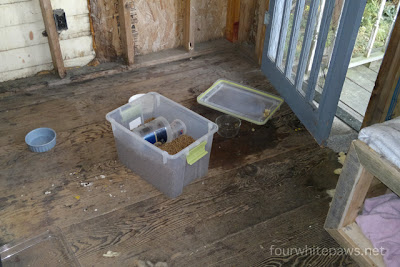 The secured plastic bin of cat food which has a rubber seal and two latches was moved to the middle of the room and it's lid torn off. The water bowl had been tipped over and dirt was everywhere. The cats are always respectful of their shared space and would never do such a horribly rude thing. To be sure I wasn't making false accusations, I had to review the surveillance photos. 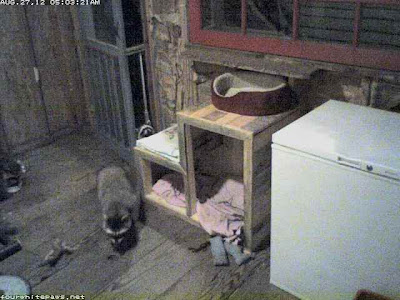 Sure enough, three of them - a full raccoon raiding party. Their black masks are a dead giveaway that they were on a thieving mission. 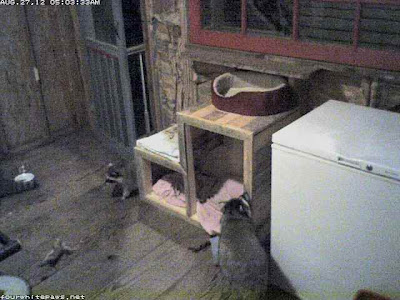 The one on the far left went right for the food bin while the others work their mischief. 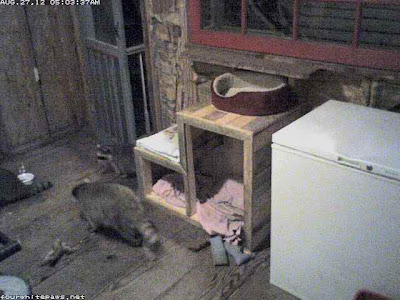 This was obviously a well planned out raid. 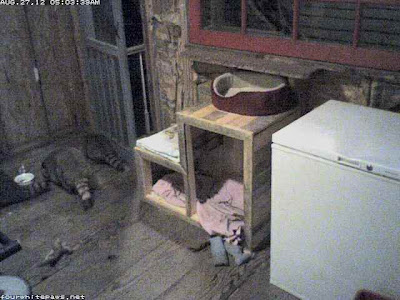 Their intent is clear, these coons were not interested in peaceful exploration, they were bent on destruction and anarchy. 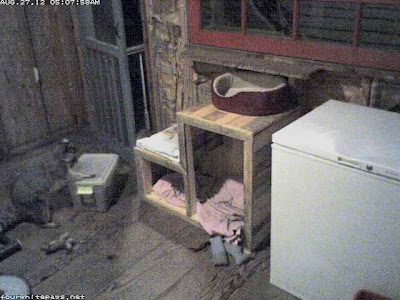 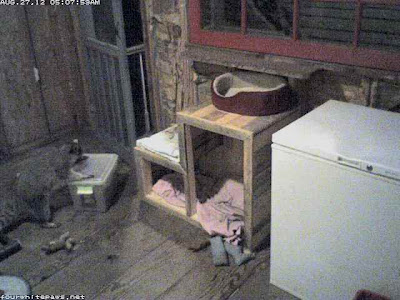 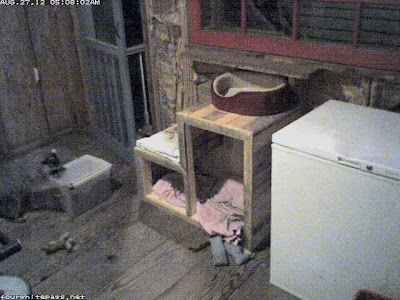 They must not have planned well for the latches as it took some time to open the bin. 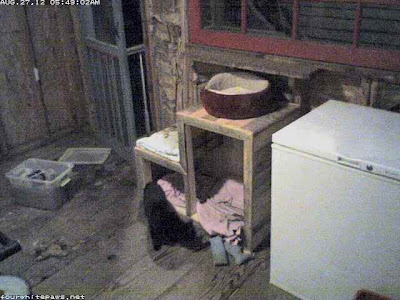 After the raiding party is long gone, MK surveys the mess

Email ThisBlogThis!Share to TwitterShare to FacebookShare to Pinterest
Labels: Visitor