With the temperatures getting colder, suddenly everyone wants to snuggle with Nahum. 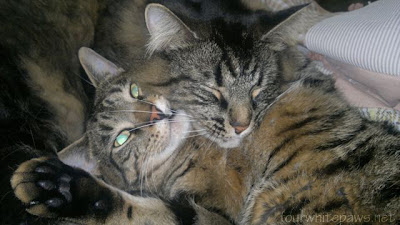 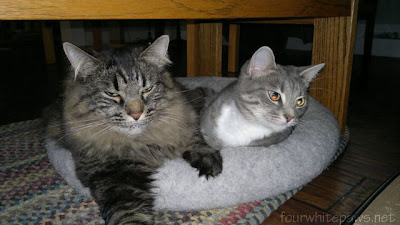 It's rare to find Nahum alone in a cat bed. 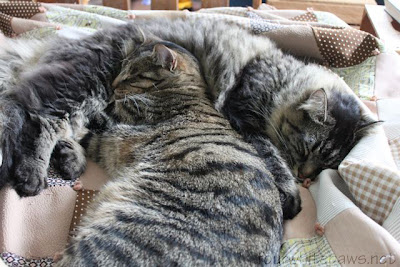 Nahum's tummy makes for the perfect pillow for Theo!

The cooler temperatures also mean that all five cats find their way to the bed for the night. Five cats and two humans sharing a queen size bed is crazy. The other night, I awoke at 1 in the morning unable to move. My back was killing me, I needed to move, but I was sandwiched between Buddy sleeping on the edge of the bed with his head sharing my pillow and Laura, who was encroaching into my side of the bed because Willow and Theo were taking up her side. Nahum and Rose were both sprawled out in my foot space. So, what was I to do?

Well, I got up and relocated to the empty couch of course. It wasn't until midway through the next day that I realized that I could have relocated the cats!