A double shot of tussling fun.

Rose and Buddy play king of the ottoman. 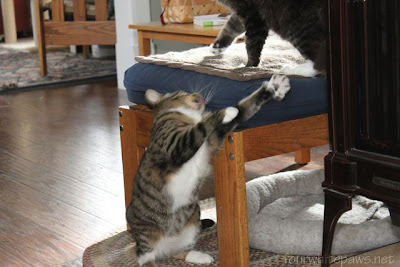 That's quite the pose Rose is holding, lets take a closer look. 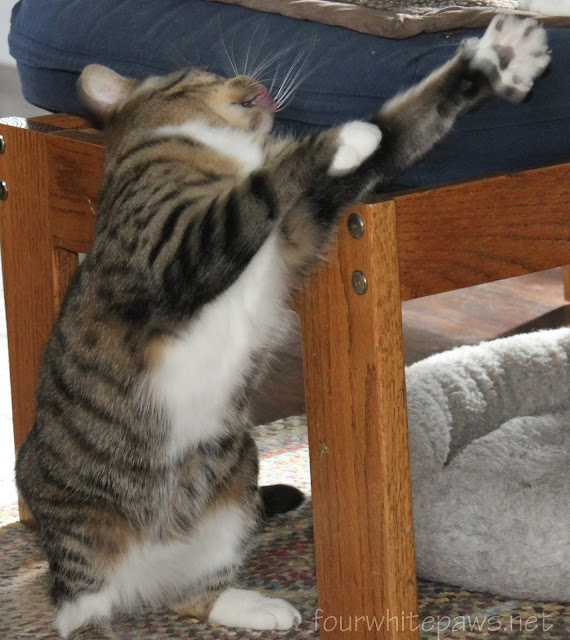 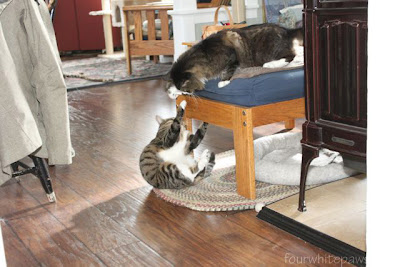 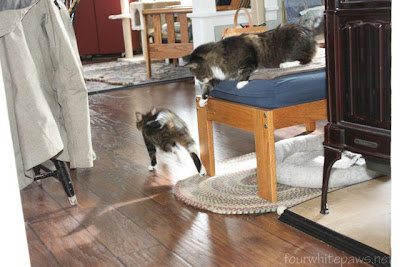 After losing round one with Buddy, Rose finds an easier target, Nahum, who appears to have passed out in the nip. 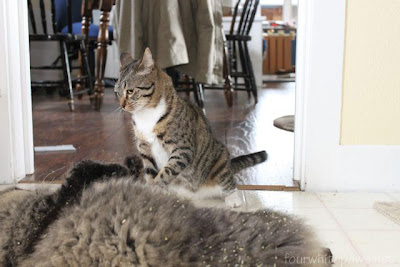 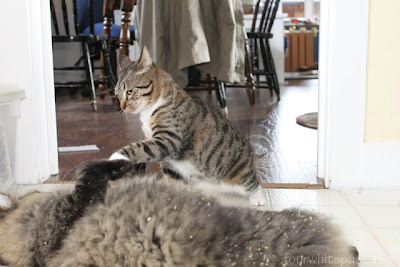 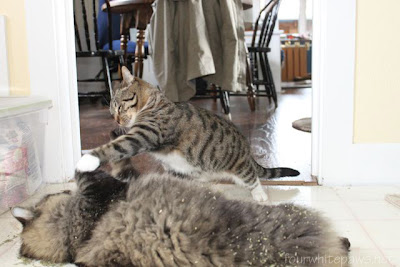 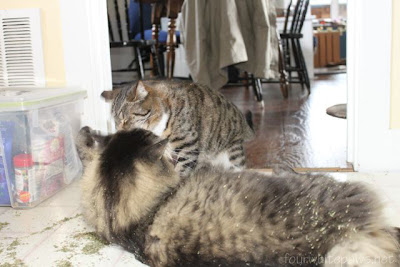 Nahum: not if I gets you first! 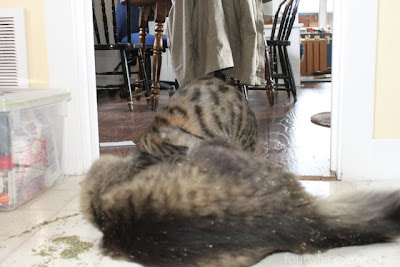 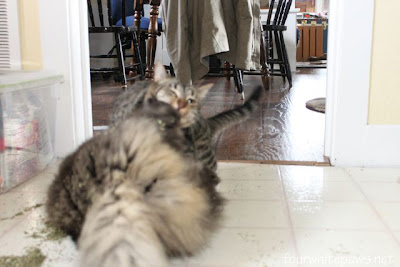 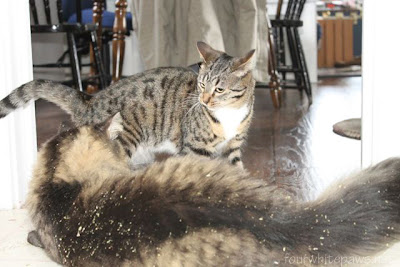 Rose: I wons! I wons!
Nahum: I let you wins, cuz you're still littles and cutes.